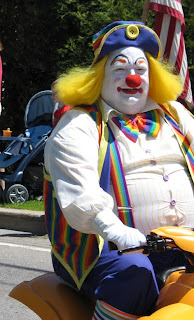 As bad as the Steelers' June has been, they've got nothing on the Pirates.

That's right: The Steelers' entire off-season, as tumultuous and negative as it has been, arguably has nothing on the month just concluded by the Pirates.

Just a couple of telling examples of how June went:
But there's more, oh so much more, and we'll get to that shortly.

During most of the past 17 years, the Pirates typically go into a June Swoon, spiraling completely out of contention and further into irrelevance, as people begin to count the days until Steelers' training camp.

Actually, they went above and beyond.

Yes, the Pirates indeed outdid themselves with their on-field incompetence but worse -- much, much worse -- with their front office mendacity, hijinks, shenanigans, tomfoolery, incompetence, chicanery, venality, and sheer incompetence.

In June, the Pirates managed to effect, endure and/or bring to culmination several public relations disasters and on-field fiascoes that included but were not limited to ...

Yep, this was a doozy, a memorable June for the ages -- a memorable month to forget.
Posted by Joey Porter’s Pit Bulls at Wednesday, June 30, 2010

So I get home from AMG late last night and my son yells out of his room, half asleep, "Mom, do you know who won the Pirate game tonight?"
I started laughing and yelled back "Who cares!"
I swear, he is the last surviving Pirate fan. Poor thing!!!! He still watches or listens to every game.

It may be that your son has never experienced the Pirates having a winning season. But he cares. And that's cool.