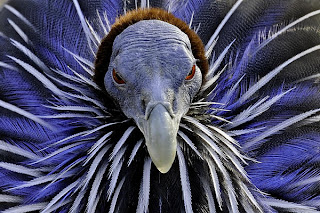 It's early -- we haven't even gotten to the Combine yet --- but the NFL Draft is approaching fast. Mel Kiper has two interesting names on either side of the Steelers No. 1 pick at No. 17 overall.

We’ll get to Kiper’s current projection for the Steelers, but he has two players, OT Lane Johnson (Okla) going at No. 16 to St. Louis, and G Chance Warmack (Alabama) going No. 18 to Dallas, bracketed around the Steelers' pick at No. 17.

We suspect both players will be gone before the Steelers’ choice, but it's encouraging to think that Kiper, at least, projects those two guys may be right in the neighborhood of the Steelers' choice. Either Johnson or Warmack would look good in Black 'n Gold.

As for the Steelers, Kiper has Pittsburgh taking the unbelievably athletic but raw pass-rushing DE/OLB Ezekial Ansah (BYU), who has been compared to Jason Pierre-Paul of the Giants.

Joey Porter’s Pit Bulls don't see the Steelers taking Ansah, so Kiper's projection here feels off-target. The excellent blog Steeler Depot has an interesting take on Ansah going to the Steelers, which you can read here.

Kiper also has Notre Dame linebacker Mante Te'o going in the tip 10, but we don't see that happening either. What if Te'o drops to No. 17? We’d would pass on him thank you.  Too much drama. It would be interesting, however, if he drops to No. 32. Baltimore's going to need somebody to step in for Ray Lewis, and wouldn't that be an interesting scenario? Talk pressure on a kid who's already proven to be, uh, shall we say, a bit of a "head case"?
Posted by Joey Porter’s Pit Bulls at Sunday, February 10, 2013