A Toast to Jimmy Conn 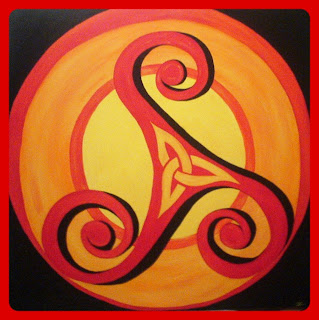 Nah, on second thought, laugh it up
and have a good time, as always.

"I went in, and the priest asked me if I wanted to confess my sins. I said, 'Tell you what Father, if I tell you all my sins, we'll be here all day. How 'bout I tell you what I didn't do, and we'll get this over with."

Back in October 2008, I toddled on over to McCabe Funeral Home to see my longtime friend Jimmy Conn, who had returned to Pittsburgh to bury his brother Frank, a captain in the Pittsburgh Fire Department.   Jimmy, retired from his longtime career as a legendary Pittsburgh Police detective, had moved to Florida a couple years previously with his 30-year-old wife Gretchen. Jimmy was 61.

He'd been informed recently that he had pancreatic cancer and may have a year to live.

At the funeral home, I greeted Jimmy with, "Hey, Jimmy, how ya doing? You look great.  Sorry to hear about the, uh, pancreas."

He waved his hand in dismissal and said, "Oh hell, I got no regrets. I've had an amazing life."

"The doctors say I have a chance. And if not, I've got no regrets. I've had a lot of fun along the way, a million laughs.  Now, next spring, if I live that long and can make it, Gretchen and I are going to take a trip to Europe. We're going to Paris, so I can take a piss off the top of the Eiffel Tower."
"Uh, okay," I said. "Sounds good."
"First, we're going to Hamsterdam and eat some hash. Then, we're going to take a cruise down the Rhine Valley. Then we're going to Paris, so I can piss off the Eiffel Tower. I hate those fucking French," he said, laughing.
"I ain't afraid," he continued. "I'm on good terms with my Maker. My brother Frank, here in the box, made me go to confession last year. I went in, and the priest asked me if I wanted to confess my sins. I said, 'Tell you what Father, if I tell you all my sins, we'll be here all day. How 'bout I tell you what I didn't do, and we'll get this over with. Here's what I didn't do: I never committed adultery with another man's wife. I never put false gods before my Maker. And I never killed anybody.
"Other than that, I did everything else. A thousand times over. A thousand times over.'"
Jimmy paused, then, "The priest goes quiet, says, 'All right, son, your sins are forgiven. For your penance, say one Our Father.'
"I walk out of the confessional, and Frank asks, 'What'd you get?' I tell him, one Our Father.  His jaw dropped, and he says, 'I got more than that!'  And I say, 'That's because you were a fireman.  I was a cop!"
He shook his head, grinning.
"No, I got no regrets.  I've had three wives, a lot of good friends and a very, very good life."

Footnote: Jimmy's older half brother was the late Billy Conn, the legendary boxer who lost the celebrated match with Joe Louis in Yankee Stadium on June 18, 1941. Scroll down the entry at this link for an excerpt from Frank Deford's vivid Sports Illustrated account of the fight and Billy's famous comment afterward, having blown his chance to win the championship.


"What's the sense of being Irish if you can't be dumb?"

Email ThisBlogThis!Share to TwitterShare to FacebookShare to Pinterest
Labels: Conn

To say Jimmy Conn was quite a character is an understatement by an order of magnitude. Whatever that means.