Finally, a Win on the Road 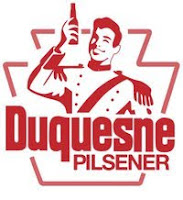 Woo-hoo! The Pirates won a road game for the first time in 18 games spanning more than a month.

Now if only their right fielders and second basemen would stop colliding, they should be okay. "It's like the Bermuda Triangle down there," observed Manager John Russell.

After describing last night's collision between Lastings Milledge and Bobby Crosby, the Talking Blabbermouth on ESPN's SportsCenter just had to say, "Milledge has been having some problems out there."

Always with the negative. So what if Milledge can't get out of his own way in the outfield -- let's look on the bright side.

Since June 9 -- coincidentally (?) the very day outfielder Jose Tabata was called up from Class AAA Indianapolis to take Milledge's starting job in left field -- Lastings Milledge has the highest batting average in the majors (.436) to raise his season average from .246 to .276. On Sunday in Oakland, he even hit his first home run of the year. So there.

Tonight, it's Jeff Karstens vs. Ted Lilly, whom the Buccos own, along with the Cubs overall. In fact, the Bucs have won eight of 10 so far this season vs. the Cubs, and we fully expect the winning to continue. They're on a roll!