"No, I didn't do my job there. I miss-fit it. I just miss-fit it. A miss-fit is not fit. No, I just didn't get over to my gap. I was supposed to be on his other shoulder. (The big plays) are very frustrating, but I don't know if surprised is a proper word for it."

That quote was from Troy Polamalu describing why he was late and out of position on Dolphins running back Daniel Thomas's 55-yard run in the fourth quarter of Miami's Dec. 8 win over the Steelers at Heinz Field. 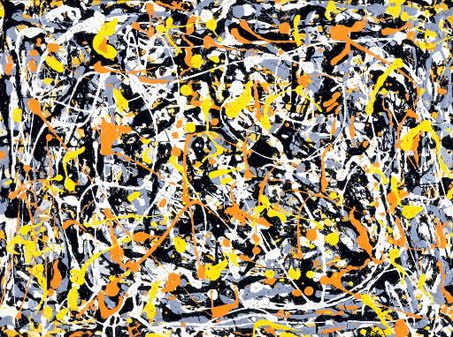 In his own words, Troy just "mis-fit it."
That's because Troy was a misfit at the linebacker position and would never have been playing there if the Steelers had anybody else to do it in 2013.

Linebackers coach Keith Butler said something interesting about the selection of Shazier:

"We couldn't pass him up when he was there. There were a lot of guys that we liked at that spot, but they were all drafted. So, when he came, a guy with that type of speed, you can't pass him up. He's going to make us immediately faster on defense."

We can speculate on which players Butler was referring to who were already drafted, but we can guess they were cornerbacks Justin Gilbert and Kyle Fuller, pass-rushing linebacker Anthony Barr, and wide receiver Odell Beckham, Jr.

Not to discount the need for a top-notch corner or wide receiver, but if the drafting of Ryan Shazier in the first round of the NFL draft caught most of Steeler Nation by surprise because linebacker didn't seem to be "a position of need," it's only evidence that most people have short memories.

Where were the linebackers?
As painful as it is, however, let's not forget how how invisible the linebackers were throughout most of the season, most glaringly in the losses to Miami and at Oakland (Oct. 27).

The linebackers are supposed to be the backbone of this defense. Too often last season,however, Joey Porter's Pit Bulls screamed in dismay, "Where are the linebackers?"

It took Jason Worilds until the final half of last season, the final year of his first contract, to play well enough to win a one-year mega-contract that salvaged his Steelers' career for one more season, at least.

The rest of the linebacking corps was spotty at best. Lawrence Timmons played like a monster in some games (17 tackles vs. Baltimore; 12 vs. Oakland, with a broken hand), but not so well in others.

Jarvis Jones showed flashes and improved late in the season, but for the most past he looked small, played small and was a step or so late to the play on most occasions. Jones needs to improve dramatically this year.

Most glaringly, perhaps, the loss of veteran Larry Foote to injury in the first game necessitated the play of rookie sixth-rounder Vince Williams, who played like a rookie sixth-rounder. Williams has the makings of a thumper, but by November he had lost his short-lived opportunity to seize a full-time job because he was too slow and was out of position too often.

Just as crucially, Williams showed an inability to cover receivers -- a real problem in a passing league. There's a place in the league for Williams; he can be a solid player. But Williams lost playing time in some situations to the much faster Terence Garvin, who actually looked good in flashes, but more so to Troy Polamalu. And that took Polamalu away from what he does best.

And all of that led to the drafting of Ryan Shazier. Besides which, Justin Gilbert, Kyle Fuller, Anthony Barr and Odell Beckham were gone. Inside linebacker really was a crucial "need position" for this draft. It was, in fact, a position of glaring need.

As if to underscore that point, the Steelers added ILB Jordan Zumwalt in this sixth round (same as Vince Williams). Presumably, Zumwalt will work on special teams and compete with Williams and Sean Spence for a backup linebacker spot. He has a shot.

Not to hand Shazier a job or anything, but he should start immediately. If he doesn't, we're right back to where we were at the end of last season.