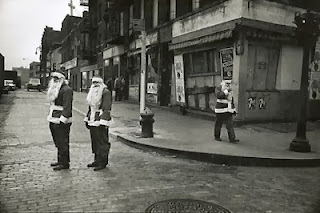 "It was an easy decision for me."
-- Mike Tomlin

Sunday's game at Lambeau Field will feature a pair of second-round rookie running backs who appear to be damn good players. The Steelers chose one over the other, and the more Mike Tomlin talks about draft-day decisions, the more he makes it clear that they are his decisions.

Tomlin made the following comment in response to a question this week about the decision to draft running back Le'Veon Bell with the 48th overall pick instead of Eddie Lacy, who went to to Green Bay with the 61st overall pick.


“It was an easy decision for me. Again, probably because of the things that I talked about with his versatility that he’s displayed here but also at Michigan State. Obviously, Lacy is a top-quality back and rightfully so. He was a great back at Alabama. Obviously, he is over 1,000 yards and is proving his worth in Green Bay. Probably it’s just a matter of preference. Just like I am sure Cincinnati went through the same discussions and thoughts when they took Giovani Bernard in front of both of them.”

Got that? No mention of Kevin Colbert or anybody else ....


"It was an easy decision for me."

Who Makes the Decisions?

Tomlin has made similar veiled statements previously. Which raises the question: Who's been making key draft-day decisions since Tomlin's first year, 2007, when the Steelers selected Lawrence Timmons?

In 2008, was Tomlin's decision "an easy one" to draft Rashard Mendenhall over Ray Rice or Matt Forte or Chris Johnson?  There's not one player left on the Steelers' roster from that infamous, unfortunate draft class.  Nor is there is a single player other than disappointing first-rounder Ziggy Hood left on the Steelers from the wasted 2009 draft class.

Was Tomlin also the one who made the decision to draft, say ... Alameda Ta'amu, Chris Rainey and, oh, take your pick?

Those draft-day decisions -- those failed drafts, the whiffs and misses -- are a large reason why the Steelers are where they are today.

For the Record
We like Le'Veon Bell and believe he'll be really good. And, if you watched last Sunday's Green Bay-Dallas game, you'll probably agree: Lacy played like a ferocious beast -- fast, powerful, explosive. He ran hard, determined, and was extremely tough to bring down. He has a presence that is impossible to ignore. We'll see if it lasts, but he sure was impressive in Dallas.

After battling early-season injuries, Bell has looked solid for the Steelers.
Joey Porter's Pit Bulls like Bell a lot and wanted the Steelers to draft him -- but we also were surprised the Steelers took him in the second round. He'd been projected to go later (third or even fourth round), so selecting him in the second round seemed a bit of an over-reach. They believe in him, though, and we'd love to see him succeed. Both he and Lacy appear to be good players.
It's very early in their respective careers, and way too early for second-guessing.