The 28-year-old Flynn has had a curious NFL career.

A seventh-round draft pick in 2008 out of LSU, where he won the national championship and was named MVP of the BCS title game against Ohio State, Flynn got one start filling in for Aaron Rodgers during the 2010-11 season and one more at the end of the 2011-12 season.

That performance stood out: In his second NFL start, vs. Detroit in the final game of the 2011-12 season, Flynn set Green Bay passing records by throwing for 460 yards and six touchdowns. He parlayed that performance into a respectably lucrative but not ginormous free-agent contract (three years, with $9 million guaranteed) with the Seattle Seahawks.

Flynn never started a game for Seattle. Rookie Russell Wilson beat him out, and Seattle traded him to Oakland during this past off-season.

The Raiders released him on Oct. 7. A week later, Buffalo picked him up and then released him on Nov. 4. Oakland and Buffalo, by the way, both have among the most woeful QB situations in the NFL.

Back to the Pack
With Aaron Rodgers's broken collarbone, Green Bay rescued Flynn from football irrelevance. Since being signed, he's led the Packers to a 2-1-1 record, including wins in the past two games.

Last Sunday in Dallas, Flynn threw for 299 yards and four touchdowns. He led the Packers to five consecutive touchdowns in the second half to help Green Bay overcome a 26-3 halftime deficit and defeat the Cowboys.

If the Packers with their next two games, against the Steelers today and the Bears next week, they will make the playoffs.

Intangibles, and then some 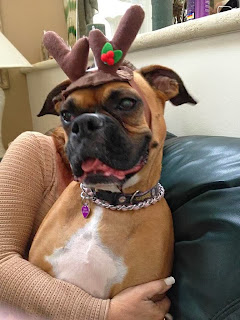 Although Flynn may not have extraordinary physical measurables or arm strength, he passes the eye test. If you watched him last week vs. Dallas, and in the other games where he's had success, you see a guy who has poise, a reasonably quick release, respectable accuracy and pocket presence. Flynn appears to be very adept at looking off defensive backs, which is a skill Rodgers has in spades.

"Flynn is the hot hand, and rightfully so," said Mike Tomlin this week. "He has managed their offense very well. He makes quick decisions. Structurally, they don't change much regardless of which guy is playing. They have definitive characteristics as an offense: quick game, misdirection passing and vertical passing. It's a nice balance of run and pass, like they've been for a number of years."

Today, Flynn will be facing a Steelers' defense that has allowed an average of 25.6 points per game over the past seven games.

Green Bay's defense hasn't done any better. The Pack has allowed an average of 25.9 points per game this season.

Looking to Lacy
With those stats in mind, it's tempting to say it could be a shootout -- except that Green Bay also has a strong running game (which the Steelers haven't had this year).

With game-time temperatures in the single digits, look for Green Bay to try to establish its ground game behind Eddie Lacy and James Starks, and then try to exploit Pittsburgh's weak secondary by going upfield with a vertical pasing game featuring receivers Jordy Nelson, James Jones and Jarrett Boykin.