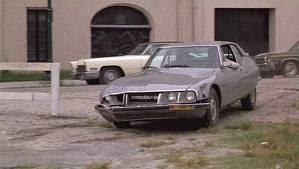 On Sunday, the cellar-dwelling Steelers take on the first-place Detroit Lions.

Ugh, that sentence looks so wrong. Has the universe turned on its axis?

The Lions are good this year, although Joey Porter's Pit Bulls are not totally sold on them.

Texas-born Matty Stafford is quasi-Roethlisbergeresque in that he has a big arm, takes a lot of hits and isn't very mobile. He has Calvin Johnson, though, and Reggie Bush, and those are weapons the Steelers cannot match. Whether the Steelers can contain that trio is the question we shall see answered on Sunday.

Obviously, as Mike Tomlin would say, Johnson ("Megatron") presents match-up problems. As Tomlin noted at Tuesday's news conference, it's tough to prepare for Johnson in practice because the Steelers don't have anybody who remotely resembles him.

"Justin Brown just doesn't cut it," Tomlin said of his own practice squad rookie wideout from Oklahoma. Brown's height (6'5") is the only thing he has in common with Johnson, who is is a category all by himself.  Even Cincinnati's very, very talented A.J. Green (also 6'5") doesn't come close to approximating Johnson, according to Tomlin.

"There is no comparison," Tomlin said. 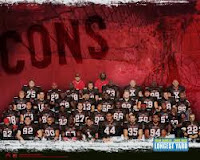 The Mean Machine
Just as troubling for a Steelers team that has a porous offensive line, the Lions have a large, aggressive an mobile defensive front that Tomlin describes as "a penetrating force," which sounds disturbing on many levels.

Seriously, Ndamukong Suh and Nick Fairley look and play like backlot cast members of the original version of "The Longest Yard."

They're nasty. Just ask Chicago's Jay Cutler, who endured some knocks from those two last Sunday, as noted on MLive.


"Fairley socked Cutler four times, and sacked him once. Ndamukong Suh had four QB hits and a sack of his own. That's eight QB hits and two sacks just from the starting tackles ... C.J. Mosley, Devin Taylor and Austen Lane added QB hits of their own."

There's also speed-rush rookie defensive end Ezekial Ansah and our old friend nemesis, Rashean Mathis (formerly of the Jacksonville Jaguars) at cornerback. Mathis has a well-documented knack for intercepting Ben Roethlsiberger passes and returning them for touchdowns. Why couldn't the Steelers have acquired him during the off-season? After all, the 11-year veteran would fit right in with the Steelers' aging secondary.

Big Ben had better be ready. Let's hope he makes it through this one healthy. The Mean Machine will be gunning for him.