A Snoozefest Win Among Swirling Clouds 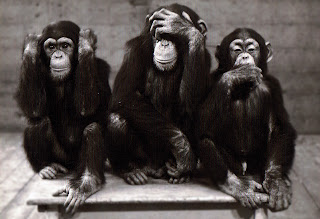 What we learned from Sunday's game: Not much. Buffalo rookie quarterback E.J. Manuel did a lousy impersonation of an NFL quarterback. Manuel's performance gave the Bills no chance to win, and Dick LeBeau's defense was ready. The Black 'n Gold was able to stack the box, stuff the run, and that was it. Manuel looked unprepared, tentative, skittish and scatter-armed. 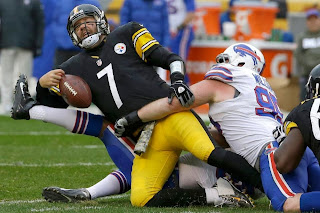 The game itself, while a relatively non-stressful win for the Steelers, was overshadowed -- of course -- by Ian Rapoport's pre-game report claiming that Ben Roethlisberger let it be known to the Steelers that he would be receptive to the possibility of a trade during the off-season.

Whatever.  Naturally, the denials came swiftly and vehemently from Ben and his "camp."  Who knows? We don't. This is a non-story until it becomes a real story. It's just elevator music, as Mike Tomlin would say. Until the elevator stops.

It's just more Ben drama, and yet another distraction. Where's the Todd Haley angle?
Posted by Joey Porter’s Pit Bulls at Monday, November 11, 2013