The Bills have beaten the Ravens, Panthers and Dolphins, and they've lost close games to the Patriots, Bengals, Jets and Chiefs. They don't have all the pieces in place yet to be a contender, but they are competitive.

On Sunday morning's NFL Network show, Sterling Sharpe predicted without much conviction that the Steelers will win. If not, he said, "I will be jumping off that ship as if it's the Titanic."

The Buffalo Bills have a proud history dating to 1960, a heritage that most people outside Buffalo know little about and care less. The Bills won American Football League championships in 1964 and 1965, and they were a badass team based on defense. Ancient history.

Today's Bills are less formidable, but they can win. If not for a truly terrible throw by rookie undrafted free agent Jeff Tuell last Sunday, they would have beaten the undefeated Kansas City Chiefs. On a quick two-step drop at the Kansas City one-yard line, Tuell somehow missed seeing a wide-open Stevie Johnson directly in front of him four yards into the end zone and instead flung a soft-toss throw to the right-tackle area, where a waiting Chiefs defensive back happily returned the gift 100 yards for a touchdown. Tuell won't be playing today.

Rookie first-round QB E.J. Manuel returns from four games missed due to a knee injury, and he has a strong arm. He has the ability to run, but the Buffalo coaches are imploring him to avoid taking hits -- which shouldn't be too hard against a Steelers defense that has trouble sacking the quarterback. Of note: In April's NFL Draft, the Bills selected Manuel out of Florida State with the 16th overall pick, one choice ahead of the Steelers' first choice, which they spent on linebacker Jarvis Jones out of Georgia. The Bills are counting on E.J. Manuel to be a difference-maker. For better or worse, he will be the face of a franchise that has for years lacked a strong quarterback. 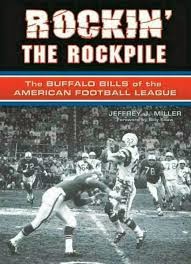 Elsewhere on offense, Buffalo starts three former Steelers: strongman guard Kraig Urbik (a 2009 third-round draft pick whom the Steelers kept inactive during his rookie season and inexplicably cut at the end of training camp in 2010); tough-guy guard Doug "Bronco" Legursky, our old friend who filled in mostly capably at various times for the Steelers over the past four years before they let him go in the off-season; and, surprisingly enough, fullback Frank "The Tank" Summers, a 2009 fifth-round draft pick of the Steelers who never made it with Pittsburgh.

The playmakers on offense are wide receiver Stevie Johnson and, more fundamentally, running backs C.J. Spillers and Fred Jackson. These guys are true play-makers, and they drive Buffalo's offense. If the Steelers stop Buffalo's running game, they should win this game -- if Pittsburgh can score on offense.

Which brings us to Buffalo's uneven defense, which is led, surprisingly, by playmaking rookie middle linebacker Kiko Alonso (6'3", 238; third-rounder out of Oregon), who is in the conversation for Defensive Rookie of the Year -- in fact, he's probably the current front-runner.  He was NFL Rookie of the Month for September. Alonso has four interceptions and, in Week 6 vs. Cincinnati, he made an eye-popping 22 tackles. Twenty-two tackles in one game! -- yikes. He's already celebrity in Buffalo; and a rising star in the NFL.  He will be fun to watch today. 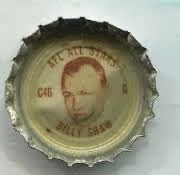 Pittsburgh connections with Buffalo extend to the front office (Doug Whaley), but more relevant to today's game are the players: The Bills have more than a few very good players. On paper, at least, the Bills look better than Pittsburgh on the defensive line, offensive line and at running back. On paper.

The Steelers have the edge at quarterback, however, and that edge is a big one. On paper, the Steelers also appear to have better receivers and ... and ... placekicker?

For the Steelers, today's game is at home. It winnable.  It's a should-win game. In reality, it's a must-win game, for respectability at the very least.

By the way, it is beyond jive for NFL commissioner Roger Goodell to continue hanging the threat of moving the Bills franchise to Toronto. The people of Buffalo and western New York deserve better. 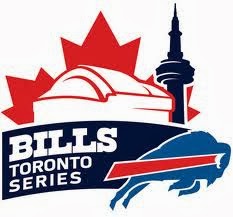 Email ThisBlogThis!Share to TwitterShare to FacebookShare to Pinterest
Labels: Buffalo