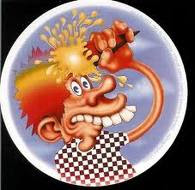 Ugh. Media Day during the week preceding the Super Bowl is usually a tiresome affair.

Players often invoke predictable, mundane lines like, "Nobody expected us to be here. We get no respect." ... blah, blah, blah, as scores of "reporters" poke, prod and try to provoke players into a reaction and get them to say something truly unfortunate, regrettable, boastful or controversial, if not downright cretinous, foolish and stupid.

Today, Ben Roethlisberger takes the podium for this year's Media Day at the Super Bowl. Oh-oh.

We've been watching with some interest how Ben has been presenting himself in public statements. Following the AFC Championship Game, for example, both in the on-field TV interview and at the podium for the post-game news conference, Roethlisberger pretty much stuck to his (no doubt carefully prepared) Key Message Points, which are, essentially:

"I -- we, as a team -- have been through a lot. We've overcome a lot, personally and as a team, injuries and everything else. I can't give enough credit to my teammates -- the offensive line, the receivers, the defense and the coaching staff. Everybody's contributing. We're a team, a family, and we're going to keep working till we bring a championship back to Pittsburgh."
That's almost verbatim, by the way, from two separate TV interviews after the Jets' game, and Joey Porter's Pit Bulls have noticed Roethlisberger stating these particular Talking Points previously ... and repeatedly.

It is a fairly effective message: Simple. Clear. Concise. And consistent, if he sticks with it. Which we will find out, presumably, today. And, let us point out this is not to defend anything Roethlisberger may have done in the past. We're just noting that it will be interesting to see how he handles media inquiries about his situation, past and present, and whether he will stay with what appears to be carefully scripted messaging.

It's effective messaging, too, because it deflects the focus from "me" to "we," for one thing. It is clear that Roethlisberger is taking refuge in "team." The messaging works in part because it deflects criticism for his personal failures and defers credit (to his teammates) for the Steelers' current success.

Perhaps key to whether these Talking Points will stand up against the shrill shrieks of howling pundits, media wags and harsh critics with an agenda is, simply ... one thing: Consistency.

Roethlisberger must stay consistent with his messaging. So what if it becomes repetitive? The questioning itself is repetitive.

If Roethlisberger sticks to the script, he should be okay, as long as he stays: Concise. Clear. Consistent.

If Roethlisberger manages that, the media vultures may tire of picking at him (but probably not) and may move on to other potential carrion, such as ... Aaron Rodgers?

My goodness, what's not to like about Aaron Rodgers? His only fault seems to be that he happened to be the quarterback next in line after Brett Favre.

Favre won only one Super Bowl in 16 seasons with the Packers. Worse, as noted on this blog previously, he was a drama queen who jerked the Packers' organization and fans around for years before finally jilting them. And he ended up playing for a division rival no less.

Yet many in Green Bay seem to cling to the "aura" left behind by Favre. The Green Bay Press-Gazette even still maintains a special section on its Web site devoted to Favre. Why? That's like maintaining a shrine to the ex-girlfriend who dumped you. She's gone, man.

Do yourselves a favor, Green Bay fans: Let it go-o-o-o already.

For Rodgers, unfortunately, the media won't let The Brett Favre Question go. Today, Rodgers can expect a steady barrage of tedious Favre-related questions, which we expect he will handle with grace, aplomb and intelligence. Rodgers seems like a smart, pleasant guy, as well as a great quarterback, so he should handle these questions just fine.

Good luck to both Big Ben and Aaron Rodgers on Media Day. We're sure they'll both be glad when it's over. So will Joey Porter's Pit Bulls.
Posted by Joey Porter’s Pit Bulls at Tuesday, February 01, 2011

Rodgers acted like a total ass. Saying he doesn't get paid to talk to the media, he gets paid to play football. Uh, wasn't it "media day." What in the hell did he think was going to happen.

Ben on the other hand handled himself well. Stuck to the script.

Yesterday I caught myself actually rooting for Ben to win the MVP. I want him to look right in the camera and tell Roger Goodell to stick it where the sun don't shine. And that really, really pisses me off because I don't want to root for Ben!!!

Too bad Brett Favre didn't make an appearance, just for the hell of it.

Rodgers seemed a little edgy, which was surprising. He's a smart guy and usually appears to be very poised and at ease.

It may have been just a case of Super Bowl Jitters, and maybe this was a "tell," as they say in poker.

This was the league's first official public event involving the teams during of Super Bowl Week. Experience showed: This is Rodgers' first Super Bowl; Ben's third; and Ben handled the whole thing pretty well, which may be a good portent for the game itself ... although, really, it is probably folly to read too much into any of this sort of silliness.