More Be-Essing, and Bessie, too 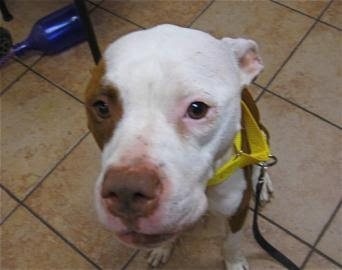 Sis, Boom, Bah, Let's Give it the Ole College Try!

Pitt, for cyrin' out loud, just hire Penn State assistant coach Tom Bradley already. This hire's a no-brainer, especially if Teryl Austin joins his staff as defensive coordinator, as has been reported in some circles. Pitt shoulda hired Bradley years ago. Getting Austin along with Bradley would be a bonus. Just do it, already.

Who knew? The Post-Gazette reports today, that "the kick coverage against the Browns was not just the best of the 16-game season, it was the best in the NFL in three years." According to the Post-Gazette ...

The Browns averaged just 9.1 yards on eight kick returns against the Steelers, who squibbed each kick in an attempt to keep the ball away from return specialist Joshua Cribbs. That was the lowest return average in a game (minimum five attempts) since the Chicago Bears held the Green Bay Packers to a 7.3 average Dec. 23, 2007, according to Elias Sports Bureau.

The Browns had four returns less than 8 yards and none longer than 17. Their average starting field position on those kicks was their 25.

The latter four, apparently, are going hard after Stanford coach Jim Harbaugh. It must be nice to be wanted by prospective employers, and it must be especially nice to be Jim Harbaugh. Our money says he stays in the Bay Area and signs on with the 49ers. Actually, their money, which is reported to be something like $6.4 million a year, plus benefits. Must be nice.

San Diego may also be in play for a new coach, despite what Chargers owner Dean Spanos may (or may not) have said. San Diego may be the eventual landing pad for Bill Cowher, but maybe not until next off-season.

Back to the Steelers: It's worth noting that several teams the Steelers demolished early in the year got better ...

Which brings us back to the Steelers: Our team has gotten better, too.

They've won six of their last seven games (and should have beaten the Jets, not to single out Matt Spaeth). As the season wore on, the O-line solidified, Big Ben got better, reportedly both as a QB (faster releases, quicker reads, more confident, less addled, fewer interceptions, etc.) ... and as a person (according to Hines Ward, anyway, as well as numerous other reports). Plus, the Steelers now are reasonably healthy as a team, with the return of Heath Miller, Troy Polamalu and Aaron Smith (possibly).

We shall see how it all shakes out. That's what the playoffs are for. It just shows to go ya, an NFL season is elastic, especially over the course of 16 games. One can only imagine how an 18-game season (ugh, puke) will go, but that's another topic for another day.

The picture above shows Bessie, a very sweet dog (and very well-trained) available for adoption at the Animal Rescue League in Pittsburgh. She's reet petite, easy on the leash and just playful. Quite affectionate, too. Bessie needs a home. She'll be a true friend. Call 412-661-6452 for more information about Bessie and other adoptable pets.
Posted by Joey Porter’s Pit Bulls at Thursday, January 06, 2011