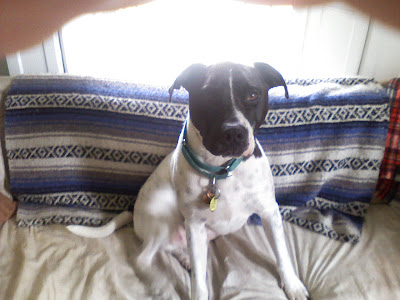 Sure, they'd won three in a row entering last night's game, but the Bucs haven't won four games in a row all season -- so why worry about it? There's plenty-a-time left!

It's a beautiful day for a ballgame! Jeff Karstens goes for the Bucs today vs. tomato can Joe Blanton. First pitch: 1:35 p.m., PNC Park.

The Pirates have a lot going for them this year. They're tied for the major league lead with eight wins when they score two or fewer runs. There's that. And, as pointed out today in the Post=Gazette, "Of the Pirates' 29 wins, 23 have come by two or fewer runs, the highest such ratio in Major League Baseball."

There's plenty to celebrate this Fourth of July! A Pirates win today, for one thing, sure as fireworks! ... and then, let's burn some meat on the grill, set off some explosions and blow some stuff up!!

“Thus may the 4th of July, that glorious and ever memorable day, be celebrated through America, by the sons of freedom, from age to age till time shall be no more.”
-- The Virginia Gazette, following the first Independence Day celebration, 1777, in Philadelphia, which included fireworks, cannons and toasts.
"Red necks, white socks and Blue Ribbon beer!!!"

It's the Fourth of July!!!!
Happy Birthday America!
For your edification, here is some more information about this most American of holidays, including ...

Some interesting tidbits and factoids about Independence Day/Fourth of July, courtesy of the Fort Wayne Journal-Gazette in Indiana. It notes that ...

"A popular e-mail that has circulated more than a decade on the Internet, often titled 'The Price They Paid,' seeks to explain 'what happened to the 56 men who signed the Declaration of Independence.' Unfortunately, much of the information is wrong, exaggerated or misleading.

"For example, the e-mail states that '9 of the 56 fought and died from wounds or hardships of the Revolutionary War.' In actuality, according to snopes.com, which researches the veracity of Web rumors, although nine signers did die during the war, none died from wounds or hardships inflicted by the British. One, Button Gwinnett of Georgia, died in a duel with a fellow U.S. officer."

Also, courtesy of The Billings Gazette in Montana: "What You May Not Know About Independence Day May Surprise You"
Posted by Joey Porter’s Pit Bulls at Sunday, July 04, 2010