Will the Bengals try to run the ball against the Steelers? That is the question.

Finally, the Cincinnati Bengals seem to be committed to the run.

We'll see if that continues on Sunday at Heinz Field. For some reason, you will recall, the Bengals gave the ball to their running backs only 14 times during the Steelers' 42-21 win at Cincinnati on Dec. 7th.

On Monday night vs. the Denver Broncos, the Bengals ran the ball 37 times for 207 yards.

The previous week, vs. Cleveland, the Bengals racked up 244 yards on the ground.

Offensive coordinator Hue Jackson has been paying lip service to the importance of the run since before training camp began in July, but the Bengals didn't start to truly run the ball in earnest until mid-November -- with the notable exception of the game against the Steelers.

Clearly, running the ball well helps quarterback Andy Dalton: Monday night's win over the Broncos made Dalton 29-3-1 when Cincinnati has at least 30 rushes in a game.


Clearly, running the ball is a formula for winning, so ... one would think the Bengals will want to run the ball against the Steelers next Sunday night.

Whether they will be able to or not, remains to be seen 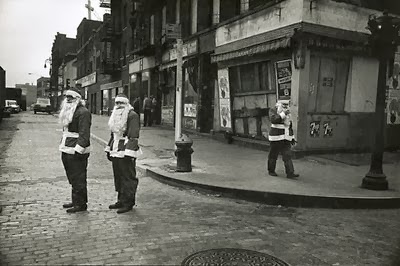 Footnote from the "Stupid Comments by a Player" Category


Players will believe what they want to believe and will look for motivation where they can find it.

After Monday night's game, Cincinnati defensive end Wallace Gilberry said, “I heard before the game they moved our game Sunday (against Pittsburgh) to a late night game because they don’t have much confidence in us. We take that as a slap in the face and it’s up to us to — I’m not going to say prove anybody wrong because we put the work in all week and we know what we’re capable of doing — it’s just a matter of going out and doing it.”

Hey, moron, the NFL moved Sunday's game to prime time because it is considered an attractive, compelling matchup between two winning teams who have a lot at stake, not because moving the game was intended as a "slap in the face" to one team or the other. Simpleton.