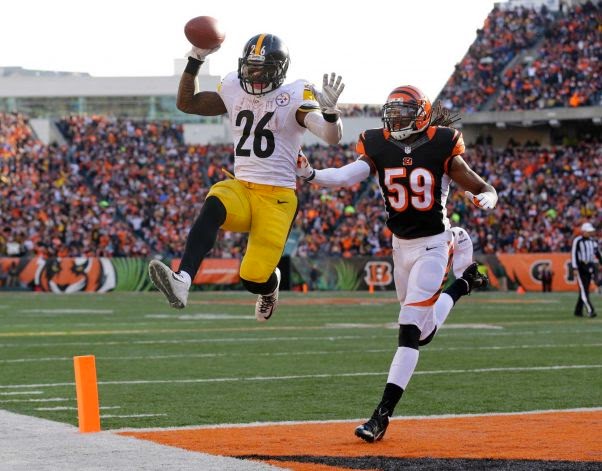 "Bipolar" is a word that's been used to describe the Steelers a lot lately. Apparently, it also applies to the Bungles.

Steeler Nation has all week to wonder which Black 'n Gold team will show up next week in Atlanta. Never mind that the Falcons are a bad team. We'll worry about that next Sunday.

For now, let's all enjoy the win over the mistake-prone, mystifying Cincinnati Bengals, whose fans must be dumbfounded and confounded. It's going to be a long week for Andy Dalton, who can't win the big game, the latest instance of which was Sunday's tilt vs. the Steelers. The Bungles bungled a perfect opportunity to extinguish the Steelers' playoff hopes, slam the coffin lid, nail it down and bury the Steelers for the 2014 season. They failed, miserably.

Andy Dalton was occasionally brilliant, as on almost every pass he threw to the formidable A.J. Green (11 catches for 224 yards) and on his own 20-yard TD run off a perfectly executed play-fake handoff where Dalton tucked the ball and ran past a faked-out Troy Polamalu into the end zone.  Despite going 21 of 29 for 302 yards and two touchdowns, Dalton didn't do enough to overcome the failures and miscues of a highly touted, much-hyped Cincinnati defense featuring five first-rounders in the secondary. And, of course, Dalton made a crucial mistake, botching a handoff to Jeremy Hill. The fumble was recovered by Arthur Moats, and a few plays later, the Steelers converted the miscue into seven points.

Good Ben showed up for the Steelers in Cincinnati, as opposed to the Bad Ben who took the field last week in Pittsburgh vs. the Saints. Antonio Brown was electric, again, and the offensive line played cohesively for the most part, thank you, Mike Munchak. 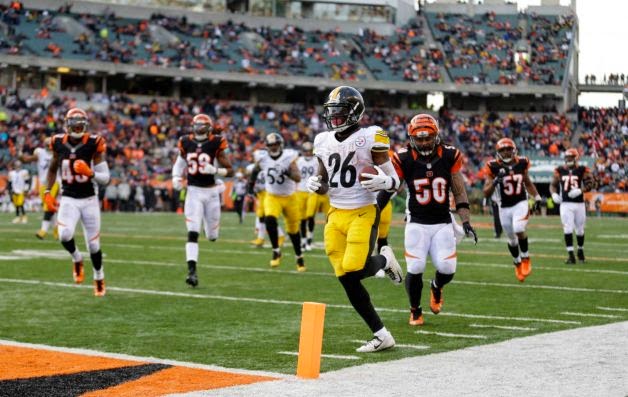 But the star of the game, of course, was Le'Veon Bell*, who joined the immortal Walter Payton as among the backs in NFL history to tally three consecutive games of 200 total yards from scrimmage. Elite company, indeed, and hope for Steeler Nation that maybe this Steelers team can stand a measure of success, after all, and build on it to attain some semblance of consistency.

A good win, and hopefully one that foreshadows three more just like it over the next three weeks.