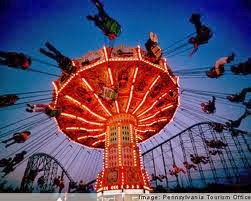 What a hot mess Hot 'lanta and the NFC South is right now.

The Steelers will be in Atlanta on Sunday to face the 5-8, first-place Falcons, who are the last of the four NFC South teams to face Pittsburgh this season.

The Falcons just surrendered 43 points to the Packers in Green Bay last night. To their credit, however, the Falcons scored 37 points against the Packers.

The Falcons also scored 37 points while losing to the New Orleans Saints, who beat the Steelers.

Probably the highlight of Atlanta's season was scoring 56 points at home vs. the Tampa Bay Buccaneers, who beat the Steelers.

We don't know what to expect from the Steelers on Sunday. One thing that's worrisome is the secondary, particularly the play of the safeties. They still don't have an interception this year, and the Steelers have surrendered at least one pass of 60 yards or more in each of the past four games.

Still, if Good Ben shows up, the Steelers have a pretty good chance of winning. But if it's the same Bad Ben who showed up for the games vs. Tampa Bay and New Orleans and the New York Jets and Cleveland and Baltimore and Jacksonville and Tennessee, look out. Not particularly good performances by Big Ben in any of those games.  The Steelers need Good Ben to show up on Sunday in Atlanta.