In a serious WR TD drought, the Chiefs can still bring grief

The Kansas City Chiefs are tough to figure, even for their own followers.

The 8-6 Chiefs still haven't thrown a touchdown pass to a wide receiver this season. If they make it through the entire season, they will have matched an "accomplishment" set by only one other NFL team, your 1950 Pittsburgh Steelers, who played just 12 games (with a 6-6 record) and attempted only 255 passes. 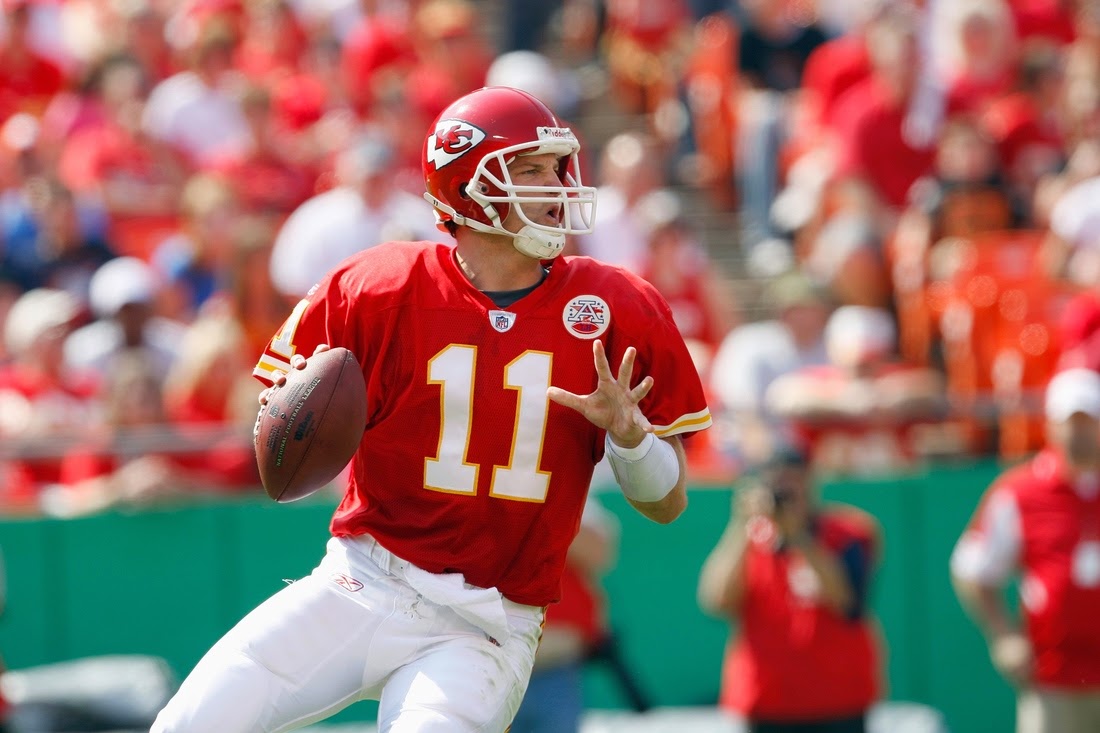 During Sunday's 31-13 over the Oakland Raiders, quarterback Alex Smith threw two TD passes, one to tight end Travis Kelce, and the other to running back Knile Davis. He also completed a couple of deep passes (but not touchdowns) to his receivers, a 37-yard pass to Dwayne Bowe and a 48-yard pass to receiver Albert Wilson.

Against the Raiders, Smith completed 18 of 30 passes for 297 yards, the two TDs, and no interceptions.

Smith's history has shown that he can be the kind of cooly efficient, mobile-enough quarterback that typically gives the Steelers fits. But he's not gotten the ball deep to his wide receivers much this year, which head coach Andy Reid says doesn't concern him too much.

Three big things the Chiefs  have going for them: