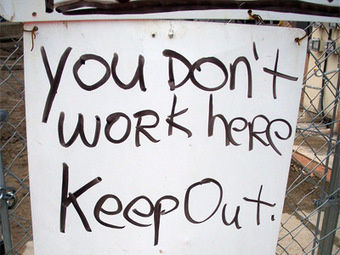 Why did the Steelers sign LeGarrette Blount in the first place? They knew he was a knucklehead, and he's proved them right.  The Steelers finally had to "blink open the blind eye," to borrow a phrase coined by Frank DeFord. Now Blount is on The Knucklehead Express outta town.

The Steelers wasted time and money investing in the two-year, $3.85 million contract they awarded Blount. He had a history in Tampa Bay, and in Oregon, and there were even questions about him in New England, which allowed him to walk after last season.

Now, just 11 weeks into the 2014 season, the Steelers have seen enough. Blount wore out his welcome quickly, even among his teammates, according to the Post-Gazette's Ed Bouchette.

When you see the success of undrafted free agent running backs like Jonas Gray (four touchdowns and 201 yards rushing for the Patriots on Sunday; cover of Sports Illustrated) and Isaiah Crowell (starting for the Browns; 358 yards rushing and five TDs this season) -- and considering the presence of Le'Veon Bell -- why was it necessary to sign Blount as a free agent?

The Steelers' decisions regarding free-agent talent acquisition this past off-season merits second-guessing, if not downright criticism. Blount, Cam Thomas, Mike Mitchell, Lance Moore -- all have disappointed for one reason or another.  The Steelers knew Blount was a knucklehead. They knew Cam Thomas had lost his starting job in San Diego. Mike Mitchell had one year of modest success on a good defense in Carolina, and he's been less than good, to say the least, in Pittsburgh. And Moore has always been an overachiever who played with a great quarterback in New Orleans and may be past his expiration date. He's barely seen the field for the Steelers.

The Steelers had to release Blount. They should never have signed him.