Nyet to the Jets!

New York Jets fans deserve better than the dreck they've been served under the ownership of Woody Johnson.

Today, the dreadful Jets, losers of eight consecutive games, appear rudderless.  The team has some good individual players, but they appear to be playing as individuals, not as a unified team. That indicates lack of leadership on the field, in the locker room and on the sidelines.

For all of Rex Ryan's blustery bravado, his words seem hollow at this point. He seems unable to ignite his players, although they have lost close games to New England and Denver.

One glaring problem is the quarterback position. The Jets bet heavily, and badly, on Geno Smith.  It appears he does not have the stuff the be an NFL quarterback, not yet, and maybe not ever. 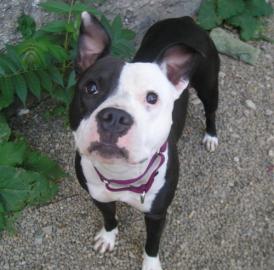 Just as fatally for the Jets, they placed their backup chips on Michael Vick, who has always tantalized with spasmodic flashes of flick-of-the-wrist laser throws downfield and speed of foot. But there's something wrong with Vick, and always has been. His notorious involvement in, and leadership of, a criminally loathsome dog-fighting ring, suggests "psychopath." Since then, of course, he served his time in prison and was reinstated to the NFL, has received big-money contracts, and doesn't need any of us. And he acts like it. Does anybody really think he is any kind of leader? Does he do anything in the community? Maybe he does; maybe he doesn't.

But if anybody in the Jets' management structure ever really believed Vick was going to be a supportive backup to Geno Smith, imparting veteran wisdom and showing Smith how to be a professional quarterback in the NFL, well, they deserve what they're getting. It's actually painful to watch.

That's the Jets' biggest on-the-field problem: Quarterback. Other than that, who knows? Joey Porter's Pit Bulls suspect the Organizational problems start at the very top, in owner Woody Johnson's office, and that today, Johnson is merely seeing the results of the poor decisions he has made, from the choice of a GM on down, throughout the organization.