Dept. of Second-Guessers: Why did the Steelers defer the opening kickoff?

Before the game, it was reasonable to think the reeling Jets, losers of eight straight games, would fold early, if the Steelers got off to a fast start with an early score. This was especially so because the stadium was half-full with vocal Steeler fans clad in Black 'n Gold. It barely seemed like a road game. Crowd noise was just as likely to favor the Steelers. 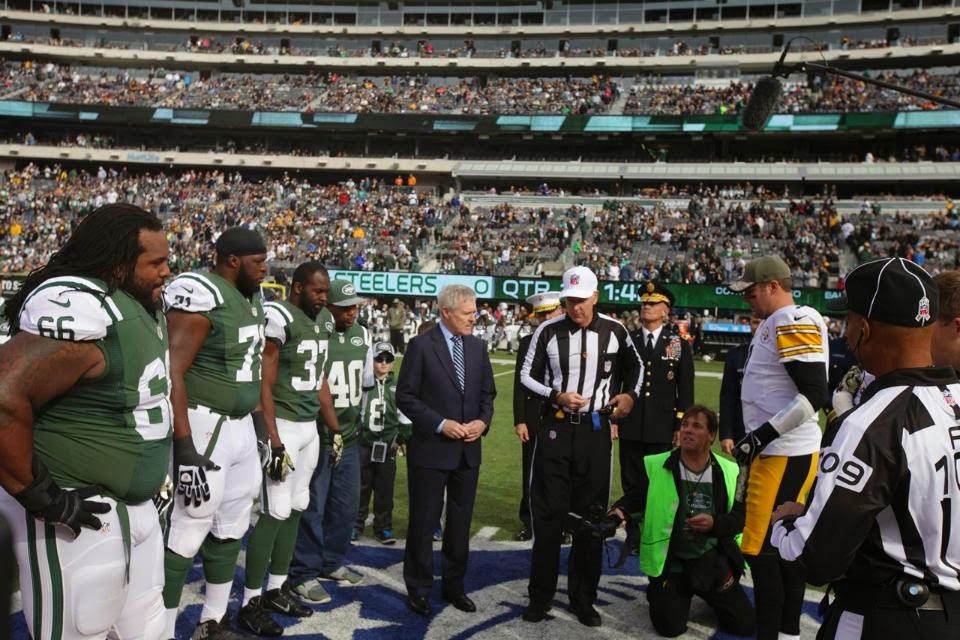 Joey Porter'sPit Bulls missed the opening kickoff on Sunday and so we did not know the Steelers deferred receiving the kick. During the Jets' opening drive, we were thinking, "Ah, this doesn't look good. Too bad the Jets won the coin toss. This drive looks like they're setting the tone, and the Steelers' defense looks like it did earlier in the year when they couldn't stop the run against Cleveland, Baltimore, etc."

Then, during that 14-play (!) opening drive, we were stunned to learn the Steelers had already surrendered scores on seven opening drives this season. Seven! We did not know that.

Given that the Steelers entered the game with a quarterback on a hot streak rarely, if ever, seen in the NFL, Mike Tomlin's decision to defer receiving the opening kickoff seems curious, and also considering that the Steelers' defense started two backup linebackers and a backup safety.

The decision to defer was all the more perplexing in light of remarks Tomlin made on Friday, when he said of his own offense:


“It’s important that we get off to a fast start, because the Jets possess the ball. They’re the No. 3 rushing team in the NFL, and so we can’t start off slowly like we did against the Ravens with three-and-outs and three-and-outs because the game will move too fast. Then on defense we have to minimize the big plays. We have to rush and contain this quarterback. We cannot allow him to create splash plays as plays break down or to utilize his legs to find escape lanes and move the chains.”

So, Tomlin had already acknowledged that the Jets' one path to victory is to possess the ball and keep Roethlisberger on the sidelines. And he surely knew that the Jets were a team looking to go home, if the Steelers could jump on them early.

Why, then, did Tomlin play into Rex Ryan's hands and opt to kick off to the Jets? Why? The game was lost at the coin toss.