The NFL has major problems, as on-the-field football news takes a back seat ... and actually seems pretty trivial right now 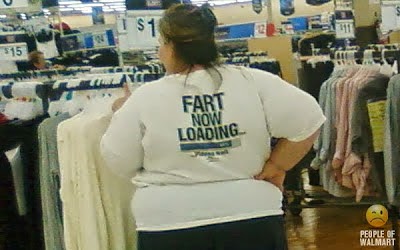 Because this week's Steeler game was the weekly made-for-TV-that-nobody-wants-to-watch unless-it's-your-team-Thursday night special, Steeler Nation has a few extra days to brood over the state of our team, in which we all have an emotional investment, at the very least, if not a financial investment, not to mention the Black 'n Gold blood that runs through our collective veins.

We still love our Steelers, warts and all, but there's other stuff going on in the cesspool that has become the NFL, never mind that the games themselves (on the field) have become a mostly unwatchable mess ... 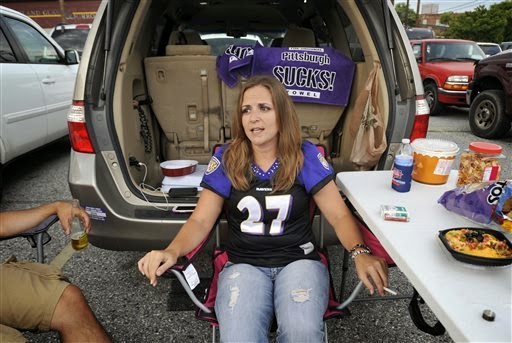 Ray Rice, Janay Rice, the Baltimore Rayvens and their prideful Baltimoron No. 27 jersey-flaunting fans -- they just don't get it -- may be taking some twisted, misguided solace and relief in the knowledge that the latest ugly, ugly news from the NFL has at least temporarily bumped their own sordid, disgraceful Domestic Violence story and the NFL's self-appointed "independent investigation" off the front pages for the moment.

The Steelers' own Art Rooney II and the New York Giants' John Mara, both lawyers, are overseeing that investigation, by the way, to be run by former FBI Director Robert Mueller, who has ties to a law firm that has done business with the NFL for years.

And for as much heat as Roger Goodell has been taking (deservedly so), let's not overlook Ray Rice's culpability in all this. Those punches to Janay's face came too easily, too casually, and he expressed absolutely no concern after cold-cocking her. He was entirely too comfortable slugging her.  Think he hasn't done that sort of thing before?

The NFL now has to deal with star running back Adrian Peterson facing charges of child abuse (and an arrest warrant), as reported by TMZ, Deadspin and other national media outlets, as well as immediate NFL Player Twitteridiocy... from the likes of Roddey White. 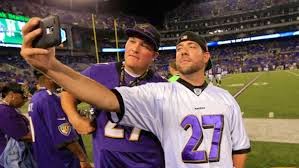 The parade of arrests just goes on and on.

A fine little rogue's gallery you've got there in your playpen, Roger Goodell (lawyer) and the association of billionaire franchise owners that employ you -- an association of franchisees ("League") that may be even more powerful, exclusive and unsavory than the U.S. Senate, complete with an anti-trust exemption, taxpayer-funded stadiums and an unbelievable "non-profit status" that boggles the mind and is disingenuous at best on the face of it.

It's getting tougher and tougher to buy what the NFL is selling.

Links:
Phil Mushnick: "Ray Rice, Ray Lewis, and the Absurdity of the NFL"

Yahoo Sports: "Just How Independent is 'Independent Investigation Going to Be?"

ABC News: "Who's in Charge of NFL Investigation"

Bill Plaschke:  "Goodell needs to be cut, quickly and coldly"

Email ThisBlogThis!Share to TwitterShare to FacebookShare to Pinterest
Labels: ugly