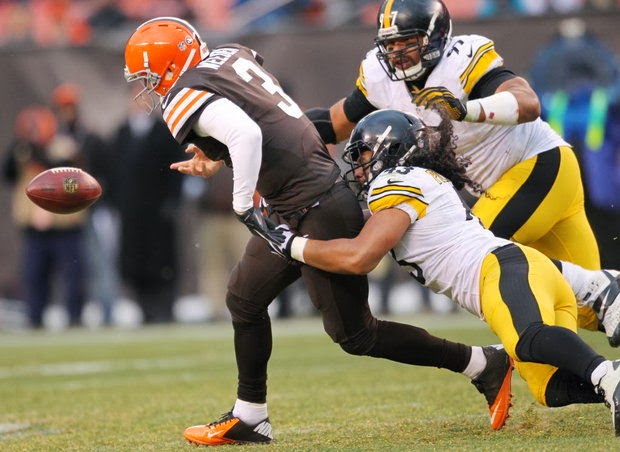 It will serve the Steelers well to get off to a fast start on Sunday.

Here's a suggestion, Mike Tomlin: If your team wins the coin toss, accept the kick for a change.

We all know Tomlin will defer, if he gets the chance, figuring it smart to put Cleveland's shaky offense on the field first in front of a hostile and hopefully noisy Heinz Field crowd. And maybe that is the conventionally "football-smart" thing to do.

But Joey Porter's Pit Bulls would love to see Dri Archer have a chance to return the kickoff all the way and really set the tone. 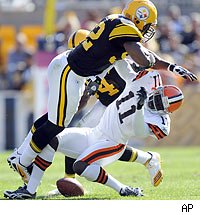 C'mon, Steelers, if there was ever a game to be aggressive, this is it: Administer a beat-down on the Browns so bad, it will make Cleveland fans long for 43-0 (the 1999 "return of the Browns" season opener) and 41-0 (Christmas Eve, 2005, when James Harrison body-slammed a Cleveland fan running around on the field)

The Cleveland Browns are not built to play catch-up football. Opening on the road with a first-time head coach, a new starting quarterback, and a new set of receivers, the Browns hope to play a ground-it-out game of attrition: Pound the ball on the ground with running back Ben Tate, eat up clock, hope its defense can force the Steelers into a series of three-and-outs, keep the game close and hope to find a way to pull it out at the end.

Stop the Run
The Steelers cannot allow any of that. On defense, the Steelers' run defense -- which allowed an alarming number of big plays last year and an uncharacteristic number of plus-100-yard rushing games both last year and this pre-season -- must stop the run. It's all the Browns have (besides tight end Jordan Cameron).

On offense, the Steelers need to stomp the Browns early and often, and then put the pedal to the metal. Get up early, and the Browns will panic. And make mistakes. And fold.

To counter the Steelers' passing game, the Browns are going to lean heavily on its pass rush. Kevin Jones, a staff writer on the Browns' team website, makes this point:


"The Steelers posted a 3-6 record in 2013 when their quarterback was sacked three times or more. The team who dropped Big Ben to the floor the most? The Buffalo Bills sacked Roethlisberger four times and of course the unit was led by Mike Pettine. ... A strategy the Browns might employ in sacking Roethlisberger is attacking Steelers right tackle Marcus Gilbert. The fourth-year pro gave up 11 total sacks in 2013, third worst in the entire NFL. Even though Cleveland is fond of rotating their outside linebackers on various sides, the Browns coaching staff should go into the game with an idea of whether Paul Kruger, Barkevious Mingo or Jabaal Sheard presents the toughest challenge for Gilbert."

That may be, but the Steelers still have enough firepower to keep the pressure on a Browns' defense that finished in the top 10 last year, but which Joey Porter's Pit Bulls suspect is over-rated and will struggle this year, in part because Cleveland's offense will not be able to sustain drives or control time of possession. 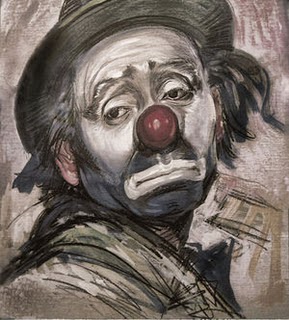 Here's another thing the Browns have going against them: History. The Browns have had no stability in the coaching ranks over the past decade, and the fact is, the last seven Cleveland head coaches have lost their debut NFL game. Rookie head coach Mike Pettine brings a Cleveland squad into Heinz Field that has a whopping 22 undrafted free agents and question marks all over the roster, especially at quarterback.

After last Saturday's "final" roster cutdown, the Browns were still scrambling to fill holes and promptly made four additional roster moves. There are a lot of moving parts on that team, and a lot of question marks, and that is not usually a good sign for any team.

It's been 11 years since the Browns won a game in Pittsburgh, and the Steelers should be primed and ready to break their own ignominious and inexcusable streak of losing their last three season openers. The Steelers, shamefully, weren't ready to open last season, losing at home to Mike Munchak's Tennessee Titans and then going 0-4. There is no reason for them not to be ready this time around.

This is one game the Steelers should not fool around with.