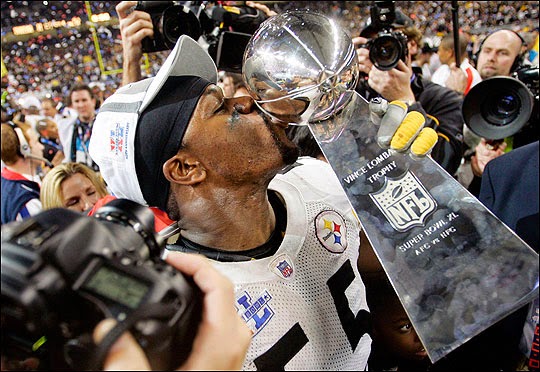 What the Steelers have been missing the past few years.

The following quote is from Joey Porter, Feb. 2, 2006, in a media session a few days before the Steelers took on the Seahawks in the Super Bowl in Detroit, as reported by the Post-Gazette:

Asked to explain "tap out," Porter said, "Tap out, make them quit, send them to the sidelines. You never seen the word 'tap out' before? 'Take me out of the game.' You see somebody tap on their helmet, they don't want it anymore. We're going to try to make every one of them tap out if we can."

It's a good thing for Jonathan Dwyer's sake that he is no longer with the Steelers. Joey Porter would not put up with him, or anybody else, tapping out.  You've been warned, rookies. Welcome back, Joey Porter.