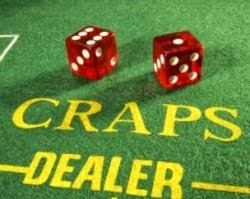 What Joey Porter's Pit Bulls would like to see happen and what we think will happen are two different scenarios.

What we think will happen is that a team leapfrogs the Steelers in the draft order and selects David Beckham Odell Beckham, Jr., wide receiver, LSU.

In fact, we wouldn't be at all surprised if two or even three teams leapfrog the Steelers, who have Dallas and then Baltimore right behind them in the draft sequence. Somebody's going to want to get in front of those two teams specifically, for whatever reasons they might have.

What we'd like to see happen is for the Steelers to stay put at No. 15 and select Beckham. This is a dynamic playmaker; a polished, pro-ready receiver; and we like him a little better even than the more heralded Mike Evans, WR, of Texas A'nM. We've held that impression ever since the NFL Combine. Last night on the NFL Network, former NFL general manager Charlie Casserly said more than a few scouts and pro personnel guys have been saying the same thing: Beckham's the more impressive, pro-ready receiver, right now, who brings more to the table than Evans.

While we acknowledge the desperate need for a good cornerback, we believe Beckham would make more of an impact than any of the top corners available.

A Trade Down: Very Possible
What we think will happen is the Steelers trade down, possibly with the Jets (who have 12 picks and hold the No. 18 spot overall). In this scenario, the Steelers will hope to get the best corner available, or possibly offensive tackle Zack Martin. They will then use their second-round pick on a receiver or to bulk up the defensive line. The third-round draft choice they get in return for trading down will help them to stock up at other positions of need in a very deep draft.

Not so Far-fetched?
It's not impossible to envision a scenario where the Falcons or Jaguars trade down from their high number-one slots to lower in the first round (after No. 15), and then flip that lower first-round pick (plus another lower-round pick) back to the Steelers for the No. 15 slot.

Of the players widely projected to be available at No. 15, Joey Porters Pit Bulls like the following options for the Steelers, in the following order:

That's it, Fort Pitt. This year, let's get play-makers and impact players who will be real Steelers.
Posted by Joey Porter’s Pit Bulls at Thursday, May 08, 2014