With a stunning total of 46 passing plays of 20 yards or more allowed and the 10 runs of 15 yards or more allowed (including five for 48+), something was clearly amiss at each level of the defense: the front end, the linebackers, and the back end. There were repeated glaring breakdowns at all three levels. 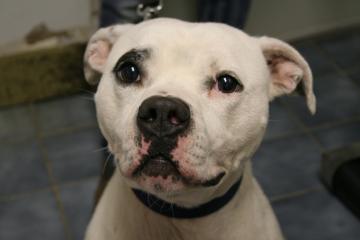 The safeties are the proverbial last line of defense, and it was clear to any casual observer that something was lacking at the safety position last year.  Ryan Clark's gone, and new addition Mike Mitchell takes his place.

All three levels were addressed in the off-season to an extent, with the additions of defensive lineman Cam Thomas, linebacker Arthur Moats, and safety Mike Mitchell.

Will Mike Mitchell be enough?
Mitchell is expected to be the biggest contributor, but will he be enough at safety? Most people seem to believe the Steelers are set at safety for this year, with Mitchell, Troy Polamalu, Shamarko Thomas and veteran Will Allen.

Yeah, maybe, but let's keep in mind that the overall defensive schemes are shifting: We are likely to see much less of the base 3-4-4 set (with two safeties on the field) and many more mixed sets comprised of five and six and even seven defensive backs.

In today's NFL, cover prowess at safety is as important as hitting ability. As valuable as Kam Chancellor, a big hitter, is to Seattle's defense, Earl Thomas's anticipation, range and ability to cover is just as important, if not more so.

With that in mind, it's not far-fetched to think the Steelers may address safety at some point in the draft. Whether that makes sense in the first round (Calvin Pryor or Ha-Ha Clinton-Dix), in the second (Deone Buchanon; Jimmy Ward) or later on will have to be determined on draft day.

Cover Safety vs. Cover Corner
When No. 15 comes up, if either Calvin Pryor or Ha-Ha Clinton-Dix is on the board along with one of the top corners (Darqueze Dennard, Justin Gilbert, Kyle Fuller), don't be too surprised if the Steelers go with the safety instead of the corner. And we all know how desperately the Steelers need a corner ... and a wide receiver (Odell Beckham, Jr.), and a rush linebacker (Anthony Barr), and an offensive tackle (Zack Martin), and help on the defensive line (Louis Nix), and tight end, etc. Take your pick.

If, however, one of the top safeties available is better than any of the corners available at No. 15, the Steelers should take him. Of the two safeties generally considered the best in the draft, Joey Porter's Pit Bulls like Pryor better than Clinton-Dix.

Again though, the Steelers have many needs, including corner; especially corner. Whether the team's braintrust considers a potentially great cover safety to be more valuable than a potentially very good cover corner -- or any other position -- well, it should be interesting to see how it shakes out in 10 days.


*Hat tip to Dave Bryan of Steelers Depot for these stats,
and for highlighting the alarming number of "double
explosive" plays allowed during 2013.
Posted by Joey Porter’s Pit Bulls at Monday, April 28, 2014