With the 15th overall pick in this year's draft, there is no way the Steelers should "reach" for the player they select. There is absolutely no reason for the 15th overall player to be a "project" or one drafted based on indeterminable upside, long-term potential or the possibility of converting from one position to another to fill a need. Not for this team; not after consecutive 8-8 seasons. 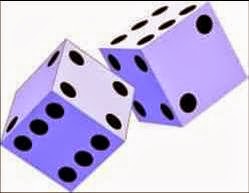 There are only 22 position players. The Steelers pick 15th.  They shouldn't have to roll the dice on a player.

Some positions on the Steelers are at a stage of critical need. The debate is open as to what positions are most critical, but let's say for the sake of argument they include in no particular order (or maybe in approximately this order, more or less): wide receiver, cornerback, offensive tackle, defensive line, rush linebacker, safety, inside linebacker, tight end, speed running back, and developmental quarterback.

That's 10 position groups, and some of those could use more than one player. As of today, the Steelers have nine picks in the 2014 draft.  They'd better draft wisely and add some good undrafted free agents after the draft, too.

The two top-rated receivers, Sammy Watkins and Mike Evans, will be gone by No. 15.

If all four of those players at those two positions of critical need are gone, the Steelers will have some tough decisions. Do they reach for the third-best corner (Kyle Fuller)? Or a 20-year-old receiver with tremendous upside (Kelvin Benjamin) who has dodgy hands and has an unpolished game?

Personally, Joey Porter's Pit Bulls like LSU's Odell Beckham, Jr. better than Kelvin Benjamin, but Beckham may also get picked among the top 14, based on his college productivity, 2014 Combine performance and this week's LSU Pro Day workout. As Mike Tomlin would say, Beckham's arrow is pointing up -- and keep in mind, Tomlin, Todd Haley and Kevin Colbert reportedly had dinner with Beckham this week (just as they did with Benjamin when Florida State had its Pro Day).

Maybe both of the top two safeties (Ha-Ha Clinton Dix or Calvin Pryor) will be gone.  Maybe one of them is still available at No. 15, though. Would it make sense for the Steelers to take either Dix or Pryor? ... over a defensive lineman like Stephon Pruitt?

Will the Steelers bypass wide receiver in the first round because they figure it's a deep draft for receivers and they might be able to get a good one with Pick No. 46 overall, in the second round?

There's about a month to go. For all intents and purposes, the Steelers are lacking a third-round pick (unless you count the compensatory pick at the end of the round), so it is absolutely imperative that they get the first-rounder right.