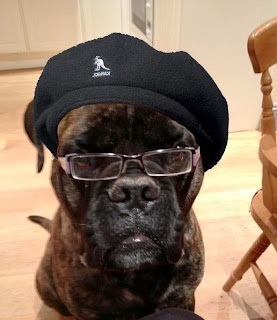 Maybe the Tomlin two-step will be the spark the Steelers need?

Nah. It's probably just as well, however, that so much attention has been paid to Mike Tomlin's Sideline Shuffle instead of the very real problems the team faces.

The Tomlin two-step has been entertaining, that's for sure. Can you imagine that conversation with the missus? Explaining away $100,000 down the drain? Just before Christmas?  Never mind that for somebody with Tomlin's income (over $5 million annually), a $100,000 hit would be roughly equivalent to maybe $700 for a family making about $40,000 a year. No matter. 100K is 100K. Good luck with making up for that missing Christmas stocking, Mike.

Their Pass Rush vs. Our O-Line
On Sunday, the Steelers face a very fine defensive front seven. The Dolphins' offense has yet to score 30 points in a game this year, but its defense has been good.

Miami has two of the NFL's top pass-rushing threats in fifth-year veteran DE Cameron Wake and second-year DE Olivier Vernon, who was named AFC Defensive Player of the Week for his three-sack performance last Sunday vs. the Jets. Wake has 6.5 sacks; Vernon has 10.5 sacks this season.

Vernon came into the league last year as an undrafted rookie out of the University of Miami. With 14 sacks in his first 28 NFL games, Vernon is emerging as one of those rare gems -- an undrafted free agent who becomes a star. Shades of James Harrison.

Considering the Steelers' shaky offensive line, the pass-rush match-up would appear to favor the Dolphins. That would have been the case even if Pittsburgh were to have its offensive line at full strength. At this point, however, it appears that right guard David DeCastro and left tackle Kelvin Beachum will be hobbled, at best, if they're able to play at all (and it looks like Beachum will not play, which means a hobbled Mike Adams will play left tackle). Add in new center Cody Wallace, the third stringer making his first NFL start, and that is a situation ripe for the Dolphins to exploit.

Naturally, the best way to offset an aggressive pass rush is with a strong running game. Even if Le'Veon Bell plays, however, and let's keep in mind he hasn't yet had a game with 100 yards rushing, the problem with the Steelers running game all year has been that the offensive line just hasn't gotten any push up front.

Considering the current state of the offensive line, running the ball and protecting Ben Roethlisberger could be problematic on Sunday. If anything happens to any of Pittsburgh's offensive linemen during the game, the "next man up" options are limited. There's Guy Whimper and, and, and ... David Snow???

One the Back End
On the back end of Miami's defense, their secondary's been outstanding with 16 interceptions in 12 games and 43 passes broken up.

The unit is led by 30-year-old cornerback Brent Grimes, the seventh-year veteran out of eastern Pennsylvania's small-school Shippensburg University. Coming off an Achilles injury sustained last year, Grimes signed just a one-year contract with Miami as a free agent after spending his first six years in Atlanta. He would have been a good signing for the Steelers. He has four interceptions and 14 passes defensed.

For all the Steelers have going against them, or maybe because of it, this is the sort of game the Steelers win, traditionally. Then again, this craptastic Steelers season has been anything but traditional.