Take down the Cardinals, please 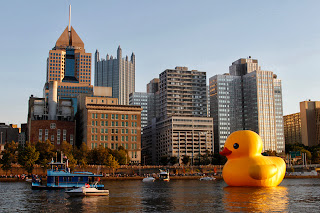 On a day when one Cardinal (Arizona Cardinal left tackle Levi Brown) gets jettisoned by his team and sent to Pittsburgh, the more noteworthy Pittsburgh Pirates travel to St. Louis to take on the formidable St. Louis Cardinals.

More on the Steelers' puzzling acquisition of Bad, Bad Levi Brown later, for as much as it's worth wasting a few pixels on that shuffling-deck-chairs on the Titanic move.

Back to the fun stuff: True to Clint Hurdle's word, the Pirates won their 95th game of 2013 last night. Now it's on to the real playoffs.

In what seemed like an extension of the three-game season ending series in Cincinnati, which the Pirates swept, it was fitting the Pirates drove the nail in the coffin of the blustering, bullying, braying, whining, hubristic Reds. Aroldis Chapman never even got to aim one of his 100-mph fastballs at an opposing player's temple. 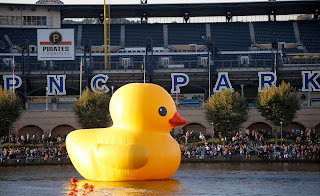 More significantly, last night's game served as a coming-out party for the city and its long-suffering fans. PNC Park was electric; the Roberto Clemente Bridge was pulsing; the Rubber Ducky was glowing; and, somewhere, Roberto Clemente nodded approvingly.

The fans partied on the bridge; on the sidewalks; atop the rotunda at PNC Park; and anywhere a Jolly Roger flag could be hoisted.

In the spotlight, the Pirates did not disappoint. Although Reds starter Johnny Cueto had enjoyed previous success against Pirate teams of the past, he wasn't facing those line-ups. Relative newcomers Marlon Byrd and Russell Martin rocked Cueto with home runs in the second inning, fellow newcomer Justin Morneau contributed a couple of hits, a walk and solid defense, and the only Bucco position player to go hitless was Pedro Alvarez, who produced a run-scoring sacrifice fly. 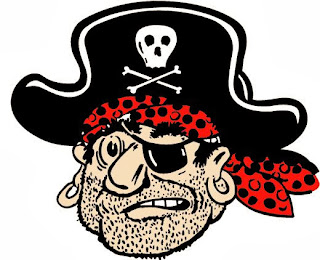 “(The Pirates) played with some swag,’’ said Brandon Phillips, Reds' second baseman. “When the lights come on, the stars come out. You become a team, you get energy. That’s what they did. It was very obvious. You’ve got to be hungry to get the next level.’’

Somebody should tell the Steelers.

Now it's on to St. Louis, the perennial contenders who won the World Series as recently as the year before last. No doubt, it's a quality team marked by organizational excellence, knowledgeable fans, blah, blah, blah. Enough of the Cardinals. Enough. Everybody knows they're good. So are the Pirates.

Yet while the Pirates edged the Cardinals (10 wins to nine) in the season series between the two clubs, you always get the sense the Cardinals don't take the Pirates seriously. The Cardinals, after all, won the division with their typical late-season run. Baseball is a funny game, though. Are the Cardinals complacent? Do they and their fans take winning for granted? We're just asking.

Nah, the St. Louis Cardinals are too "professional" for that, right? Surely they know complacency can be a killer, right? Right?

We like the Pirates' chances.
Posted by Joey Porter’s Pit Bulls at Wednesday, October 02, 2013