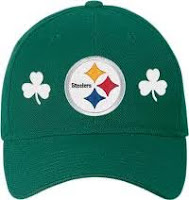 As tempting as it is to indulge in instant punditry during rapid-fire free agency moves such as we've seen the past week, this week's moves and non-moves by the Steelers produce a collective shrug.

Free agency started on Tuesday. Now that the dust has settled a bit, it's no surprise the Steelers stand squarely in the shadowed, shallow depths: No big splashes this year for the Steelers. No Connor Barwin. No Sebastien Vollmer. No Dannell Ellerbe. No Greg Jennings. No Steven Jackson.  Those kinds of signings were never going to happen. 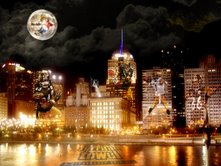 For the team that went 8-8 last year, it's pretty much status quo except for the not-unexpected subtractions: James Harrison (hurts), Keenan Lewis (ouch), Mike Wallace (no surprise, but leaves a big hole), Rashard Mendenhall (good riddance), Willie Colon (see ya, waste of space), Ryan Mundy (so long, won't be missed).

Emmanuel Sanders remains in limbo, and if he goes to New England, the Steelers will definitely have to add a receiver in the draft or free agency. Unless, that is, you count people like David Gilreath, Derrick Moye, Bart Reed (?), Kashif Moore (?) and other such "futures" players invited to training camp.

Most of the off-season signings, so far, have been lateral, for retention and depth. The "big" signings for the Steelers so far this off-season have been: 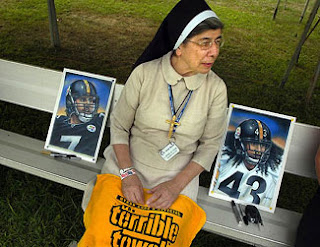 Are the Steelers really that cash- and cap-strapped? Apparently.  Contract restructurings appear to be finished.

Linebacker Victor Butler?  How about LB Antwan Barnes? The former Baltimore backup is built like Jame Harrison, uses similar leverage in his pass-rush technique, and had 11 sacks during 2011 for the Chargers, for whom he played the past three seasons. Barnes was released after a miserable 2012 season during which he managed just three sacks while battling hamstring problems, finally going on injured reserve in December. He might be worth a close look, but ...the hamstring can be a chronic problem (LaMarr Woodley).

Other free-agent possibilities:  At running back, how about Bernard Scott or RB Peyton Hillis? Probably not.

How about safety Michael Huff?

Speaking of safeties, maybe the Steelers should take a look at safety Tom Zbikowski? He's available and cheap. Indianapolis released Zbikowski on Friday, but with just $1.2 million due him and only one year with the team, it was a bit of a surprise.

More so because Colts coach Chuck Pagano, formerly Balttimore's defensive coordinator, signed Zbikowski as a free agent from the Ravens just last year, shortly after Pagano moved from Baltimore to Indianapolis. In 11 starts last year, Zbikowski managed just 38 tackles, one sack and one interception. For the Steelers, who desperately need depth at safety, the former Raven may be a decent (cheap) stop-gap option as a backup. Zbikowski is no Bernard Pollard or Adrian Wilson, but he may be a good fit for Black 'n Gold at this point. At least he'd be popular on Polish Hill.

Of the players who have been retained, probably the most significant is offensive tackle Ramon Foster. He and Old Reliable Max Starks were the only offensive linemen to start all 16 games last year, and Foster can play both guard positions and right tackle. It's good that Foster will be back.

Starks, who started all 16 games last year, remains unsigned. We've heard no news of  the Steelers' plans, if any, for him or Casey Hampton.