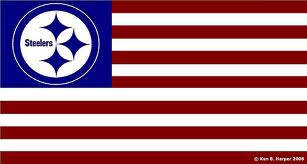 For what it's worth (nothing), Joey Porter's Pit Bulls wouldn't be surprised if the Baltimore Ravens open today's Super Bowl game in the no-huddle.

Quarterback Joe Flacco, like Ben Roethlisberger, loves the no-huddle, and offensive coordinator Jim Caldwell has given him latitude to run it more freely than previous coordinator Cam Cameron, whom the Ravens fired in Week 11.

Going to the no-huddle right off the bat seems a no-brainer. It allows Flacco to set an early fast pace to keep the 49ers pass rush at bay and put the defense on its heels. The Ravens can then switch up with off-tackle runs by Ray Rice and toss-pitches to the blazing-fast Bernard Pierce.

Complicating all this for the 49ers is the fact that their defense has been unsteady, to say the least, for the past five games, allowing 28.8 points and 391.4 yards per game, while tallying just 1.6 sacks per game.

Moreover, the no-huddle does not necessarily prevent Flacco from doing what he does best: throw long. Joe Flacco throws probably the best deep pass in the NFL. Receiver Torrey Smith has developed into a legitimate, reliable deep threat (kind of like Mike Wallace, only more so), and Anquan Boldin is a beast, but the wild-card surprise in the long passing game may be Jacoby Jones, the quick, diminutive speedster who tends to get overlooked in discussions about Baltimore's passing game. The Ravens are also not shy about going deep over the middle to tight ends Dennis Pitta and Ed Hickson. That offense has a lot of talent.

On the other side of the ball, however, while the Ravens have played tighter defense lately than they did throughout much of the regular season, they haven't faced anybody like San Francisco quarterback Colin Kaepernick.

Effectively a rookie, Kaeprnick brings so much dimension to the game -- explosive, opportunistic running; a legitimate home run threat on the run -- and a dynamite arm delivering passing accuracy both long and short.  The Ravens' pass rush typically fares reasonably well against conventional stand-in-the-pocket passers (even great ones like Tom Brady and Peyton Manning), but Kaepernick? ... he makes quarterbacks like Ben Roethlisberger look old-fashioned.-- yikes did we really just say that?  Well, nobody's writing off Roethlisberger just yet, although we're more than a little concerned about him.

Kaepernick may leave Terrell Suggs and company flailing at air, but the other thing -- the main vulnerability in the Ravens' defense -- is its vulnerability to the standard running game. The late resurgence of the loathsome, deer-antler-sprayed Ray Lewis has helped fortify Baltimore's run defense in recent weeks, but the Ravens have been spotty against the run all season, and they haven't faced many teams as committed to the run as the 49ers.

Few teams are as committed to running the ball as San Francisco, and with the sturdy Frank Gore, they have the kind of bruising, attacking back who can run between the tackles and bust into the secondary. The change-of-pace back, LaMichael James, is lightning quick and can get to the end zone in a heartbeat. Both will want to steer clear of the Raven's lethal safety Bernard Pollard ... who may be preoccupied to a large extent with versatile tight end Vernon Davis, in any case.

Oh, and just as Jacoby Jones tends to get overlooked as a deep threat in Baltimore's offensive passing game, the 49ers have a guy whose name has kind of gotten lost in all the hoopla over Kaepernick, Gore, Davis, et al, but who is a legitimate vertical threat in his own right: Randy Moss.

For all that, it could come down to a late field goal. Here, the Ravens have the edge, and it's a big one. Rookie Justin Tucker, an undrafted free agent from the University of Texas, has been nothing short of terrific. He's put 30 of 33 field goal attempts through the uprights, and (unlike Pittsburgh's Shaun Suisham), he is a legitimate threat to kick accurately from more than 50 yards.

It should be a good game.  Enjoy.

Oh, and take heart Steeler Nation: At least we're not Cleveland fans, who this week had to endure not only the humiliation of the late Judas-owner Art Modell's consideration for the Pro Football Hall of Fame but also must watch the ignominy of watching their former franchise -- the Baltimore Ravens, who were the Cleveland Browns until 1997 -- in the Super Bowl, led by former Browns' all-time great tight end Ozzie Newsome, who, as Balimore's general manager, is the architect of this Ravens (formerly Browns) team. It could have, should have, been the Browns. Fans in Cleveland, we feel for you (not).
Posted by Joey Porter’s Pit Bulls at Sunday, February 03, 2013