Observations from the Rear View Mirror 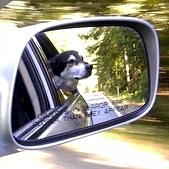 Evander Hood was on the field for 53 snaps vs. the Cleveland Browns, and was credited with just one assist on a tackle. This is a first-round draft choice?

Kelvin Beachum at right tackle vs. the Ravens' Paul Kruger? The same Paul Kruger who schooled Mike Adams two weeks ago? The same Kelvin Beachum whose holding penalty on his first play vs. the Browns nullified a 33-yard gain by Heath Miller? Good luck. It's a good thing that right guard Ramon Foster is "tackle-capable," as Mike Tomlin called him today. And that David DeCastro is practicing this week.

Tomlin couched a lot of his statements in his weekly press conference today. One thing was clear, though: He is not happy with either Mike Wallace or Rashard Mendenhall.

“Mike was frustrated on Sunday and rightfully so,” said Tomlin. “He is not producing in the manner he would like to or we would like him to. It’s a function of a lot of things. He is going to be committed to continuing to work and we are committed to that as well.”

To say Wallace is "not producing in the manner we would like him to" is an unusually blunt statement for Tomlin. That's about as close as he is likely to come to calling out a player in a public forum.

After starting but fumbling the ball twice in Cleveland, Rashard Mendenhall has been relegated to third on the depth chart. We may not see him take another handoff in a Steelers uniform.

Will we see Troy Polamalu?  Maybe. And the plan, according to Tomlin, is to start Charlie Batch. Plans can change.

Hey man, Great stuff. I'm Steelreign, Co-owner of www.pghsportsforum.com and was wondering if you'd be interested in swapping links. A lot of our members would like your blog, as I just came across it my self. If your interested you can send an email to pghsportsforum@gmail.com and get each other even more traffic.