The Pirates are Back to Blah 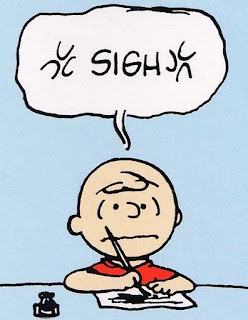 Having lost four in a row, the Pirates are struggling once again. They're not hitting, for one thing.

Granted, we're only 12 games into the season, but the Pirates rank 16th (last) in the National League in runs scored, 15th on on-base percentage and 13th in slugging percentage.

After losing two at home to Colorado and then two more to Milwaukee, the Bucs' season record now stands at 5-7. At some point, hopefully in our lifetime, the Pirates are going to have to figure out a way to beat the Milwaukee Brewers, who absolutely own the Bucs, especially early in the season.

As noted in today's edition of the Post-Gazette ...

"Things won't get easier with a four-game series in Cincinnati next. The Reds lead the National League Central Division and are 5-1 at Great American Ball Park. "

After the series in Cincinnati, the Bucs fly to the Miami area to take on the Marlins, then back to Pittsburgh to host the Washington Nationals and San Francisco Giants.

Hope for the best.