How do the Pittsburgh Pirates even do that? 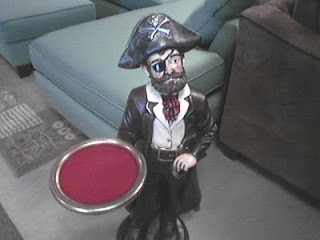 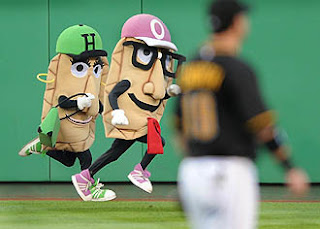 "How does a major league team even do that?"

That's the recurring question this year for fans and observers of the Pittsburgh Pirates. After a while,you realize you've been asking this question a lot: How does a major league team even do that?

Nearly every game, it seems, it's something else: baserunning gaffes (two men stuck on third base, for example); the fielding calamities (too innumerable to recount), the scratch-your-head-defensive shifts; the puzzling, pointless and futile roster moves (Dana Eveland, among others); the chronically abysmal starting pitching, the historically anemic offense -- it just goes on and on.
Seriously, how does a major league team even do that? Any of it?? Let alone, all of it???

Now, with last night's loss in Milwaukee, the Pirates have a five-game losing streak. Keeping in mind the Bucs have yet to win four games in a row all season, the Pirates since June 6 have had:
Since June 6! How does a major league team even do that?

Let's re-visit that for a moment: From June 6 through July 10, the Pirates have compiled losing streaks of 12, six and five games.

HOW DOES A MAJOR LEAGUE TEAM EVEN DO THAT?
Posted by Joey Porter’s Pit Bulls at Sunday, July 11, 2010