Laugh It Up: The Bucs Play the Nyuk-Yuck Stooges for NFL Head Coach 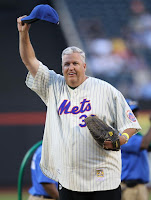 As if we needed any more evidence that the Pirates are a laughingstock and fodder as everybody's comedic foil, an NFL head coach joined the fun last week after he threw the ceremonial first pitch at a New York Mets game.

As reported on Taragana's Sports News blog, Ryan opened his news conference the other day by evaluating his ceremonial first pitch, and comparing himself to Strasburg ...
“Two stars, very similar,” Ryan said as the video played. “Two outstanding pitchers. Look at the movement here. Yep, two great ones.” Just to further show how unhittable he could be, Ryan had Pittsburgh’s Lastings Milledge superimposed into the video of his pitch. ... Milledge, as he did against Strasburg on Tuesday night, swung through the pitch.

Oh, go ahead, just pile on. Pirates fans should be used to it by now.

It was pretty funny. But still.

It just shows to go you -- the Pirates are a laughingstock.