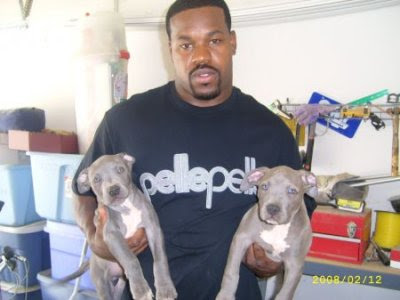 The Miami Dolphins have set the levers in motion to propel into free agency one Joseph Lorenzo Porter, former Steeler linebacker and part namesake/inspiration for this blog (along with his dogs, Tina and Nemo, who ate a horse).

We don’t expect to see you in a Steelers’ uniform again, Peezy, but we love ya for all you brought to the show during your eight years here in Pittsburgh. As crazy as Joey Porter was (is), many of his spontaneous-outburst rants made perfect sense. Remember the Super Bowl run in 2005-06, before the playoff game in Indianapolis and, again, before the Super Bowl? For better or worse, he routinely set the tone ... raucously, outrageously and honestly.
Oft-times, he just couldn't contain himself.
God Bless Joey Porter. The world is a more colorful place with him in it. And congratulations, by the way, for being named to the 2000s NFL All-Decade Team.