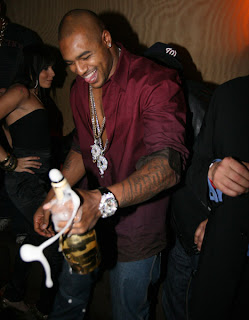 Cincinnati is a division rival, so this development is of interest to Steelers' fans, but this also is a compelling story for anybody who follows developments in the NFL.

In the wake of last weekend's injury to running back Cedric Benson, who entered Sunday's game vs. the Steelers ranked as the NFL's second-leading rusher, the Bengals have signed former Pro-Bowler Larry Johnson, whose production has declined steadily but precipitously over the past two years.

Let's see ... is this a good move for the Bengals? ... considering Johnson is or might be (choose one or all):
What Could Possibly Go Wrong?
Posted by Joey Porter’s Pit Bulls at Tuesday, November 17, 2009