He Went to Jared? The Guy in the Subway Commercials? 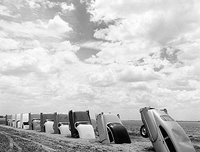 If you are one of the two or three people who visit Joey Porter’s Pit Bulls, you probably also read Kissing Suzy Kolber. A belated tip of the hat to The Christmas Ape, who penned a fine opine on the incessant Christmas-season chain-jewelry commercials. We couldn’t have said it better ourselves, so we won’t …

"Worse still are the omnipresent holiday jewelry ads. These are the most cynical and insulting things on TV, save maybe beer commercials, and not just to women. But unlike beer commercials, they don't have the saving grace of being occasionally funny. The men are all gawking, emasculated, clueless submorons while the women are calculating, hypermaterialistic rockfiends who can only be appeased by being handed a diamond locket in front of a roaring fireplace with a tinkling piano overlay every fifteen minutes leading up to December 25. The fundamental problem I have with them is that they operate under the notion that anyone is stupid enough to have a clear preference in crappy chain jewelry stores. I mean, you're getting something substandard regardless."
Posted by Joey Porter’s Pit Bulls at Wednesday, November 29, 2006