Blame it on Michael Vick 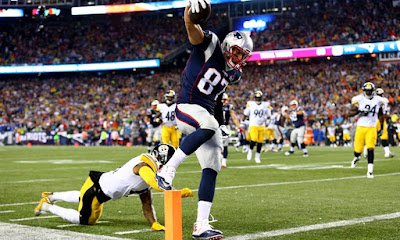 The Steelers had all off-season to prepare.  The entire off-season.

"It's unbelievable how much the Pittsburgh Steelers have given away tonight," exclaimed Chris Collinsworth early in the fourth quarter, following another long pass to Rob Gronkowski, who soon thereafter recovered a Dion Lewis fumble at the goal line.

The secondary is a hot mess. Brady at one point had 19 consecutive completions, a new team record. Four touchdowns. Hot toast. Crumbs. 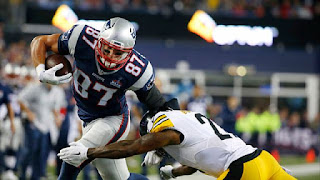 And the Steelers nose tackles made the undrafted free agent rookie center making his first start in the NFL look like an All-Pro.  What a weak effort by the defense. We wonder what Donald Trump would say about this.  "They're very low energy. It's kind of sad."

At least they beat the spread, as Josh Scobee almost made up for the two missed fields that he'd Scobee'd earlier by kicking the last-second extra point that made some money for people who bet the underdog Steelers.