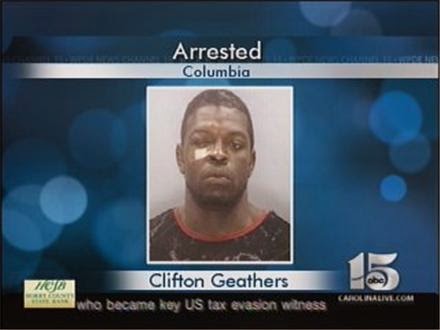 Clifton Geathers, nephew of the great Jumpy Geathers, is your newest defensive end for the Pittsburgh Steelers.

The Steelers become the eighth NFL roster Geather has joined since being selected by Cleveland in the sixth round of the 2010 NFL draft. Eight teams in less than five years.

Safe to say that Brett Keisel will be missed.

Geathers, 6'8", 325 pounds, played college football at the University of South Carolina in Columbia, S.C., which is where this picture was taken.