The Steelers' defense had better be ready

Beating the Steelers by at least 20 points in each game, the Ravens and Browns both administered whippings on the Steelers this season. 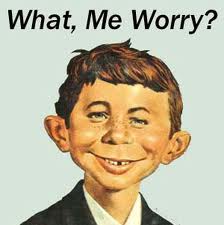 The Indianapolis Colts will be Pittsburgh's stiffest test so far.

Following losses to Denver and Philadelphia, the Colts are a hot team with five straight wins. The Colts are coming off a 28-0 shellacking of the Cincinnati Bengals. They've put up 30 or more points five times, including games where they've racked up 44 points (vs. Jacksonville) and 41 points (vs. Tennessee).

Visiting Heinz Field late Sunday afternoon, here's how the 5-2 Colts stack up vs. the 4-3 Steelers in four of the NFL broadest team statistical categories:


On defense, the Colts don't have any mega-stars like J.J. Watt, but they've been playing good, solid team defense -- as evidenced by Sunday's shutout of the Bengals.

On offense, the leader of course is Andrew Luck. Receiver T.Y. Hilton is emerging as a big-time playmaking deep threat.

Not to be overlooked, running backs Ahmad Bradshaw and Trent Richardson have combined for 43 catches in seven games.

The Steelers' defense is going to have their hands full.