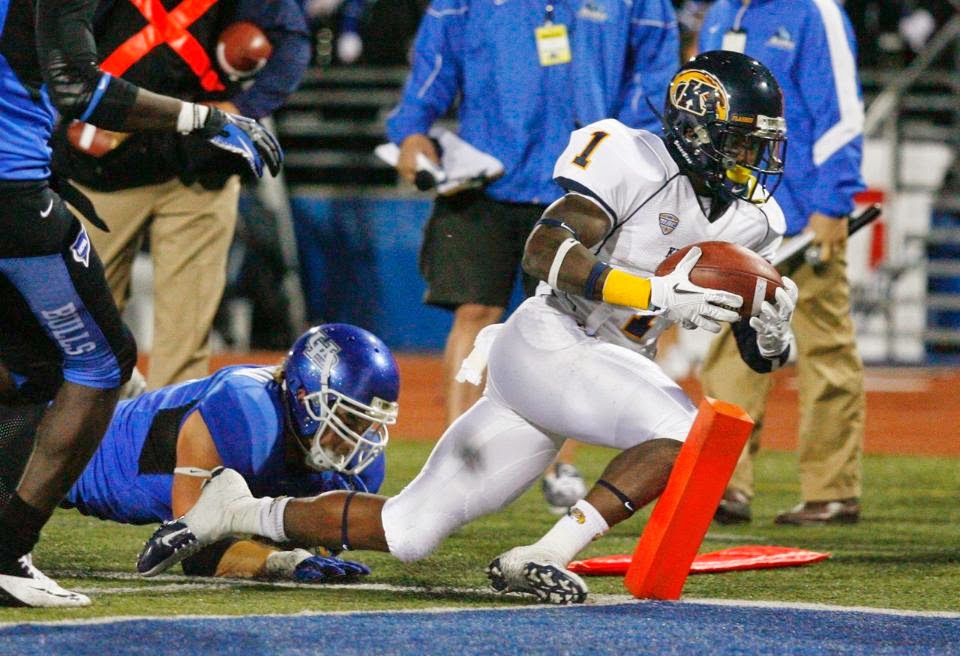 According to James Saxon, running backs coach of the Steelers, third-round draft choice Dri Archer, RB/WR/KR, Kent State, was clocked running a "sub-4.2" 40-yard dash at the NFL Combine by "some scouts."

If you go to about the 4:15 mark of this video on Steelers.com, you'll find Saxon's remarks about Archer's 40 time at the Combine,


"We had him sub-4.2. Some scouts had him sub-4.2. It doesn't really matter. That's part of it. The kid can run. That's obvious ... but the kid is a special football player with the ball in space."

At 6:35 of this video on Steelers.com, Mann said about Archer:


"When I saw him, not to bring back memories, but I was in Cleveland, we had a little guy in Cleveland, Gerald McNeill, we called him 'Ice Cube,' he was a very good receiver for me. So I would think, talking to Coach T and Sax, that he would move from running back to receiver to return guy, but I could visualize us gerry-rigging, is the term I use, stuff for him, things he can do well, and not just putting him in every down, but gerry-rigging stuff he is he going to get it, everybody knows he is going to get it, and there's nothing they can do about it."

"Ice Ball"?
Gerald McNeill was nicknamed Ice Cube because he was so slippery. Despite McNeill's diminutive size (5'7", 140 pounds or so), Mann said there is a place in the NFL for players like him and Archer:


"Football is a big man's game.  There's a place for the small guy, but you got to utilize him correctly and he'll be a very valuable too for you, and a weapon. And that's what we did with the Ice Cube. This guy right here (Archer), reminds me of him so much of the Ice Cube, when he gets the ball in his hands, he's going to be fun to look at."

Maybe Archer will be just as slippery and even more dynamic than the Ice Cube. Maybe we can call Archer "Ice Ball" once he gets rolling.

Footnote: If you're interested in reading more about Gerald "Ice Cube" McNeill, check out this article and this profile.