With the 15th pick of the 2014 NFL Draft, the Pittsburgh Steelers ... should pass on players with "red flags," question marks, lack of motivation, "character issues" and unresolved legal problems, criminal charges and general douchebaggery.

One player projected to go in the Top 15 is Michigan tackle Taylor Lewan, who still faces arraignment, on May 19th,  related to assault charges, including aggravated assault. Lewan's name has also been linked to consistently dirty play and other ugliness. No, thanks.

Less serious, but still a bit of a concern, is when we hear about reports like Florida State wide receiver Kelvin Benjamin "blew off" a meeting with an NFL coach because he was "tired." If Benjamin was that worn out from the job-interview process for a job that could pay millions of dollars, he and his agent shouldn't have scheduled the meeting.

Aside from that one reported incident, Benjamin looks like he could be a big-time receiver in the NFL, but his on-field film also shows a raw player who drops a few too many passes to merit being the 15th overall pick, in our opinion. 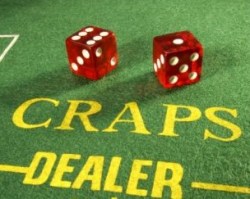 With so many other excellent receivers (and other players) available in this draft, the Steelers don't need to roll the dice on a player who is a developmental project with "upside." Not at wide receiver or any other position.  Not with the 15th pick; not after consecutive 8-8 seasons.

There is room for improvement on this team, that's for sure, and the 15th overall pick should be an immediate plug 'n play starter and immediate upgrade over the incumbent. Not just a guy, but an impact player. Sound reasonable?

Lots of players in this draft have had various issues, ranging from suspensions for "team violations" to  fairly serious legal problems, etc. The Steelers themselves have been bitten in recent years with wasted draft choices such as Alameda Ta'amu and Chris Rainey, who were later-round picks, but still wasted picks -- and a waste of time, money, and effort.

We can tolerate a certain amount of leeway, but there is no reason to spend the 15th overall pick (or any draft choice) on a guy with red flags, question marks, legal problems and "character issues."

Speaking of character issues, The Onion reports offers a story headlined "NFL Increasingly Worried About Character Issues of Fans." In an unrelated story, The Onion also report that "Dad Announces Plan to Honk When He's Out Front."