The Price of Centers Just Went Up

Centers all over the NFL are celebrating tonight. The Pouncey twins must be raising glasses of champagne in a toast to Cleveland center Alex Mack.

That's because of the new, five-year $42-million deal the Browns coughed up to match the "transition tag" offer Jacksonville dangled to entice Mack to join the Jaguars. The new contract, which makes Mack the highest-paid center in the NFL, dramatically raises the salary bar for centers across the NFL. 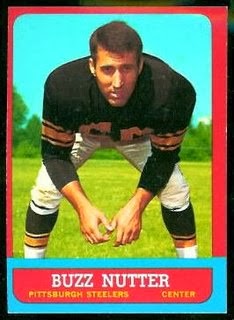 For Mack, it's a tremendous deal, loaded with clauses that will force the Browns to pay, and pay, and pay, starting with $18 million guaranteed over the next two years. Jacksonville structured the deal to make it tough to match, but the Browns had almost no choice. Not after a tumultuous off-season marked by ineptitude, churn and chaos. They'd already lost a Pro Bowl safety, T.J. Ward, to free agency, and they wouldn't have gotten any better by losing their Pro Bowl center.

The Browns have plenty of salary cap room, so they could afford to pay Mack. They were stupid for letting it get to this point, though. Clearly, the Browns never thought another team would make a play for Mack, but an aggressive Jacksonville front office stepped up with an offer that neither Mack nor the Browns could refuse.

Now, the Browns have to pay more for Mack than if they would have if they'd treated Mack like they valued him in the first place. Now, Cleveland has less cap space to work with long-term -- and that's good for the Steelers.

What's bad for the Steelers, and other NFL teams, is the deal is overpriced and sets a new level of expectation for centers across the league.

Not to read too much into anything, but the Steelers did sign career backup Cody Wallace, who started the final four games of 2013, to a new three-year contract this off-season.  Wallace played well in his limited playing time. It's reasonable to think the Steelers were hedging their bets that they may have trouble signing Pouncey to an extension before he hits free agency after the 2014 season.

Might the Steelers even entertain pre-draft (or draft-day) trade offers for Pouncey?

Coming off a season lost to a torn ACL, and going into the last year of his contract, it's a tough proposition to think the Steelers would get much value in return for Pouncey, but ... lacking a true third-round draft pick this year (not counting the compensatory selection at the end of the third round), it's gotta be a consideration.

Nobody at Steelers' offices will say it publicly, of course, but many people think Pouncey is over-rated, and many more were put off by his "Free Hernandez" crap and some of his Twitter comments over the past couple of years.  Many in Steeler Nation would not be heartbroken to see Pouncey on another team.