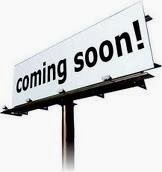 Forget all the talk about it being a thin year for free agents. The salary cap casualties are about to fall.

Just as they are every year, the Steelers are right up against the cap, so they may not have much wiggle room to sign quality free agents. So what? They've been 8-8 the past two years and have to jettison some of their own players -- for many reasons, including sucky performance, age and salary-cap implications.

Joey Porter's Pit Bulls are not cap experts -- we only play one on TV -- but if the Seattle Seahawks cut Red Bryant, we say, sign him! Don't even let him talk to another team. We've liked Bryant ever since he came out of Texas A&M (as a nose tackle) in 2008 and advocated drafting him. He would have been perfect on the Steelers' defenseive line and, better yet, her has a classic Steeler mentaltiy: tough, tenacious, fierce -- just what the defense needs right now.

Same with Cleveland Browns linebacker D'Quell Jackson. He is a quality inside thumper who's been stuck in Cleveland for too long. After leading Cleveland with 123 tackles last year, the Browns cut him. Unceremoniously. He's a good player, and well-respected around the NFL.

The kicker: Jackson says he "wants to go some place with stability." Ding-ding-ding! Bingo!!! Welcome to Pittsburgh, D'Quell.

Three new quality starters, one at each level on the defense. That would be a good start. Bring in a couple of draft choices, and the defense is on its way to being rebuilt.