Let's Revisit Last Year's Calamitous Maximus in the Oakland Coliseum, Shall We? 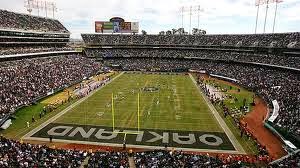 Why is it every time the Steelers have visited Oakland in recent years -- like, say, the last 18 years -- they seem to sleepwalk through a calamity against what appears (on paper) to be an inferior team?

Mistake followed mistake throughout the game. Antonio Brown made two great plays negated by mistakes: First, he had a long punt return nullified by a penalty; later, Brown fumbled as he was about to cross the goal line. The defense was flat-footed, slow and out of position all day.

It was bad. The Steelers allowed Carson Palmer to look like a legitimate NFL quarterback, and Sebastien Janijowski kicked a game-winning 43-yard field goal as time expired. Here's a recap:


... Granted, two fumbles opened the door to 14 Raiders points.  The first one, by Jonathan Dwyer, was especially damaging.  It was arguably the turning point in the game.

It looked like Dwyer just, well, fumbled the handoff from Ben Roethlisberger.  A lack of concentration?  A lack of preparation?  A lack of focus?  A lack of sleep?  Dwyer's fumble gave the ball to the Raiders at the Pittsburgh 30-yard-line and put them in position to tie the game at 14-14.  Did he even see the field after that fumble? 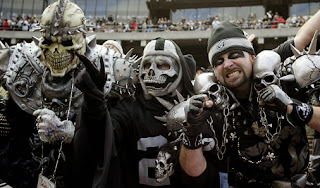 Ten penalties didn't help, either, especially the ones that nullified Antonio Brown's nifty punt 73-yard punt return for a would-be touchdown early in the second quarter, as well as Brett Keisel's airhead offsides on fourth-and-two deep in Steeler territory late in the first half.

Still, even with the two fumbles and all the penalties, the defense never made a big play, just like in the opener at Denver.  The pass rush was lacking, again, despite a good effort from Lamarr Woodley.

Where was Chris Carter? Jason Worilds?  Anybody, anybody from the front line?  Ziggy Hood? Cameron Heyward? Casey Hampton?  Even usually reliable veteran Brett Keisel inexplicably made a very un-veteran bonehead move when he went offsides on forth-and-two at the six yard line.

On Darren McFadden's 64-yard first-quarter touchdown run, Ziggy Hood missed a tackle, and Lawrence Timmons and Ryan Mundy both looked flat-footed and out of position.

In the second half, the defense allowed the Raiders to score 20 points.  Not good. 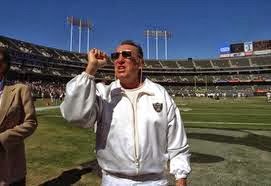 Unfortunately, the offensive line never got any push up front for the running game, and to our untrained eye, it looked like Willie Colon and Ramon Foster both struggled, badly, again.

Make no mistake: This was a bad loss. This team has warts and blemishes, and all were on display yesterday in the harsh Oakland sun.

Wherever Oakland Al Davis is today, he must be grinning fiendishly, wolfishly, malevolently.