Not Ready for Prime Time, or even pre-prime time 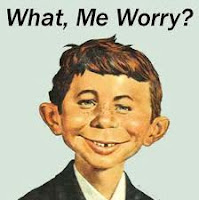 The NFL's third preseason game, next week, is the one where teams usually give their starters extended playing time, try to demonstrate some measure of cohesiveness and generally pull their collective game together for the regular season.

If last night's game vs. the Redskins was any indication, the Steelers aren't nearly ready even for that third pre-season game, let alone the regular season.

The offensive line has to be the major concern. The first unit (Adams, DeCastro, Pouncey, Foster, Gilbert) played most of the first half but clearly has work to do. They look terrible.

Just as he did in the off-season ("Free Hernandez"?), center Maurkice Pouncey last night drew attention to himself for the wrong reasons. With $102-million quarterback Ben Roethlisberger behind him, Pouncey was flailing in space and waving at air most of the first half.

With play like that (and how he played for much of the last two seasons), Pouncey is opening room for discussion over whether he is indeed over-rated (Pro Football Focus, for what it's worth, lists him as the 25th-best center in the NFL).

Also last night, tackle Mike Adams appeared as if were looking for the parking valet at 3 a.m. on the South Side. Marcus Gilbert looked slow, lost and ineffectual.  David DeCastro got pushed around. The line has much room for improvement and little time to do it.

If the line continues to play like this, Roethlisberger won't last six games.
Posted by Joey Porter’s Pit Bulls at Tuesday, August 20, 2013