About the final preseason game ... will Byron Leftwich even make it through without getting hurt? 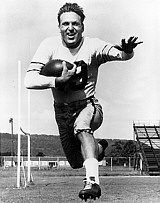 It's not so long ago that NFL fans watching the third and fourth pre-season games were able to get a better feel for how their teams were shaping up for the regular season. Steelers' broadcaster and former right tackle Tunch Ilkin, who played for Chuck Noll in the 1980s, noted as much in a conversation he had this week with the Post-Gazette's Ed Bouchette.

"In his time," Bouchette wrote of Ilkin, "the final preseason game tonight would have been the most important, when coaches played their first teams into the fourth quarter to have them ready to open the season. The starters would play about one quarter in the first game, close to a half in the second and third and most of the fourth.

"I liked that," Ilkin said. "I felt I was more game-ready for that first regular-season game. Usually, that first game, if it's 1 o'clock outside, it's going to be hot. I wanted to know in my mind that I could play 60 minutes in the heat." 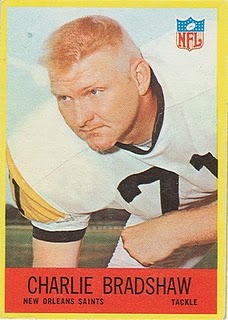 Joey Porter's Pit Bulls see it this way: In recent years, the Steelers haven't always looked ready for the regular season when it kicks off. Remember the 2011 debacle in Baltimore? Typically, in recent years, even with early wins, the team hasn't rounded into form until the third, fourth of fifth game.

It would be nice if they got off to a fast start this year. Based on what we've seen thus far in the pre-season, though, for what that's worth, it would be a stretch to say they look ready for prime time.

*What? Whaddya mean, Byron Leftwich's not even on the team?
Posted by Joey Porter’s Pit Bulls at Thursday, August 29, 2013