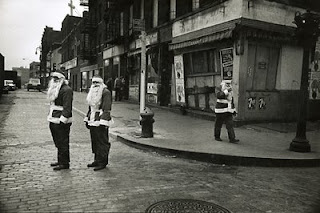 R.I.P. 2012 Steelers season. It was a flaccid, disappointing season from the very first game, a loss in Denver, all the way through embarrassing losses to Oakland, Tennessee, Cleveland and San Diego, narrow wins over bad teams, and then the final kockout blow delivered by Cincinnati on Sunday at Heinz Field. It was a lousy season by what turned out to be a bad team with too many players who played casually and soft too often.

We have some thoughts on this team and will share them over the next few days. Clearly this team missed the leadership provided by departed veterans like Aaron Smith, James Farrior, Hines Ward, Chris Hoke and others. Injuries took their toll, of course, as they do with most teams over the course of the brutal NFL season. For us, though, the most disappointing mark of this team was the apparent inability of some of the younger players who failed to seize opportunity and seemed to have no concept of what it means to be a Steeler.

Some of those younger players seemed content to think they'd arrived -- when, really, they haven't done squat. It seems some of them just don't get what it takes to achieve and sustain success in the NFL, let alone what it means to be a Steeler.

A real Steelers team would never have allowed a loss to the Bengals, at home, on the 40th anniversary of the  Immaculate Reception.  Plenty of blame to go around on this team. From the coaching staff, to Ben Roethlisberger and too many other players to name here. There's plenty of time for finger-pointing. Very disappointing.