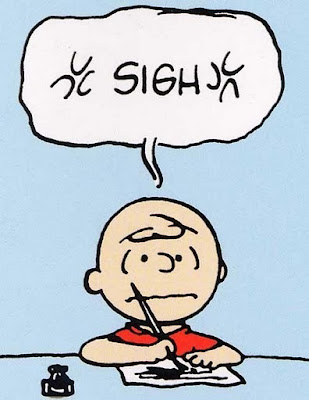 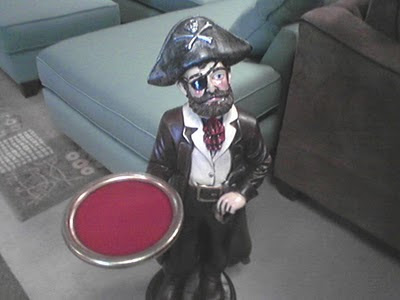 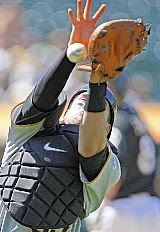 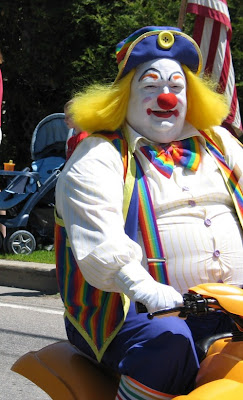 Hope springs eternal in Springtime. Well, degrees of hope, anyway, if you're a fan of the Pittsburgh Pirates.

As Pirates fans, we will settle for glimmers of sporadic excellence and just enough entertainment -- good and bad -- to keep us interested throughout the season.

So far as the anticipated record in 2011, expectations are low. It's unrealistic to expect this crew to improve much. There was no major influx of on-field talent during the off-season, unless you count new manager Clint Hurdle and some of his coaching staff, and they don't play.

The pitching looks absolutely abysmal. Depth is non-existent. The fielding could be problematic. Hitting is likely to lack much punch. Speed is so-so. There you have it.

This could be a long year. Again.

Losing "only" 99 games would require at least 63 wins, an improvement of six wins over last season. That sounds reasonable, doesn't it? Or does it?

We could possibly see a slight improvement over 105 losses, which is what they had last season. But we could also see them losing, say, 115 games.

One could certainly make the case they didn't improve themselves much at all in the off-season, and that their pitching staff could be even more of a disaster than it was last year. Already, the Pirates have scrambled to sign castoffs shed from the 40-man rosters of other teams in late spring training! NOT an encouraging sign.

One thing the Pirates (and the more optimistic of their fans) seem to be banking on is continued improvement from the young position players thrust into starting roles last year. Granted, those players -- Pedro Alvarez, Neil Walker, Jose Tabata -- all show considerable promise. It is unrealistic, however, to expect all three to improve dramatically in all phases of their game, especially at the plate.

If anything, as the history of baseball has shown repeatedly, there is such a thing as "the sophomore slump," and these guys may very well fall victim to it if they fail to adjust to the adjustments to be made inevitably by opposing pitchers.

Alvarez has the most upside for power, but he definitely also has the most potential for a prodigious number of strikeouts -- 119 strikeouts in 337 at-bats last season! That's a lot of whiffs, and the number will increase with more at-bats, if he stays healthy all year. He absolutely has to get better in the field, too (17 errors in just 276 chances last year). His fielding has to be a concern, and if the Bucs are banking on the team's overall infield defense to improve based on Lyle Overbay digging out errant throws all year (from third, short and second), they are expecting too much.

Here's what ESPN has to say about Alvarez and his strikeouts vs. power potential:

"Only 16 players in the history of baseball have struck out 100-plus times in a season and averaged at least 1.25 whiffs per contest, and only three did it in 2010: Adam Dunn, Mark Reynolds and Alvarez. So when you're evaluating Alvarez's seemingly limitless potential, keep that in mind as a significant trouble spot for him entering his sophomore year. He'll be a liability in terms of batting average as long as he maintains a strikeout rate well over 30 percent (it was 34.3 percent in 2010). That, combined with his struggles versus lefties (.228/.302/.342 rates in 2010), could be exploited to the point where he'll slump enough to require an assignment back to the minors. Everything else about Alvarez's future, however, remains bright. His power upside is immense; he swatted 27 home runs in 126 games in the minors in 2009, then 29 between the majors and minors in 161 games in 2010, and his .201 isolated power was the 51st best in the modern era(1901 and later) among rookies with 300-plus plate appearances."
Overall depth is another concern: If any of the starting position players go down with an injury for any length of time, there's almost zero depth (proven depth) behind them. Say, for example, Neil Walker goes on the DL for a month -- and keep in mind that he sustained a pretty nasty concussion last year in an outfield collision with everybody's favorite, Lastings Milledge. If Walker were to go down, heaven forbid, who plays second base? Who? Who?

You could ask the same question about just about any other position, really. Third base, first base, left field, center field, catcher. Take your pick. A lot of question marks. Too many.

One of the biggest question marks already is that gaping black hole at shortstop. Unless Ronny Cedeno somehow has a breakout year -- and he's given scant evidence that he will -- the Pirates must find somebody else to play shortstop. Cedeno may be on a short leash, but there is nobody to take over. Oh, and by the way, Cedeno had 18 errors last year.

The team starts the season with, essentially, three new positional starters, at catcher (Chris Snyder, when he gets off the disabled list), first base (Lyle Overbay) and right field (the Matt Diaz/Garrett Jones platoon).

Snyder was awful at the plate and disappointing behind the plate after he came over from Arizona in the deadline deal July 30. Maybe he's good with pitchers, but that's hard for us to evaluate in any case, and especially with a pitching staff that is, ahem, uneven at best. Given his health issues, he may be damaged goods n any case.

Overbay batted .243 last year for Toronto and signed with the Pirates as a free agent only after receiving scant attention from other clubs.

Considering all this, the more it seems like the over-under should be right where they ended up last year -- at 105 losses. And Joey Porter's Pit Bulls wouldn't be at all surprised if they lose 110 or more.

For all that, here's what the Post-Gazette's Dejan Kovacevic had to say on his blog recently ...

The Pirates again will finish last, though they will fall short of 100 losses.

The mere math of turning 57-105 into something respectable is daunting. But the team made very few noteworthy additions in the offseason, and none of impact. This means that the young players have to improve and pretty dramatically. That sounds swell when people say it, but the reality is that Neil Walker and Jose Tabata both batted .300 last year. Their ceilings cannot be a whole lot higher than that. Pedro Alvarez does have big-time room for growth, but one player getting better will not do it.

More than anything, though, this is about the pitching.

If I could have seen any one thing in my week in Bradenton that could have even begun to make me think the Pirates were on the cusp of some big turnaround, it would have been seeing the starting pitchers look a lot better. Instead, to a man, they all looked the same. Same issues, same problems, same inconsistencies and, yes, almost all of the same names. And, fact is, my one week was not all that different than all the weeks of spring that preceded it.

Analyze the Pirates all you want, but nothing about them will change until the starting pitching does.

Just one more thing, and that's a quote from new infield instructor, Nick Leyva (yup, the former manager of the Phillies who once famously had an all-time profanity-filled meltdown in response to reporter's question during a post-game news conference):

Leyva quickly pointed to an offseason pick up as a reason for improvement anticipated to transcend from spring into the regular season.

"Here's the biggest reason we are better: Lyle Overbay," Leyva said of the first baseman with a .995 fielding percentage. "Nothing against the guys who played the majority of the games at first base in the past, but this is a true first baseman over there who doesn't get the recognition he should because he didn't play in New York or somewhere like that."

Dream on, Nick. Overbay can do only so much. He can't snag errant throws that are 11 feet high and wide, and he can do nothing to help the other infielders not botch plays. It's just asking too much.

The forecast? Cloudy, with a good chance for 105 losses and possibly even more.

As for today's opener in Chicago, maybe the Buccos can play a little April Fool's joke on The Little Cubbies. Hope springs eternal, doesn't it?
Posted by Joey Porter’s Pit Bulls at Thursday, March 31, 2011