Super Sunday's Steelers vs. Packers Chess Match, Part One: What We Might See When the Packers Have the Ball 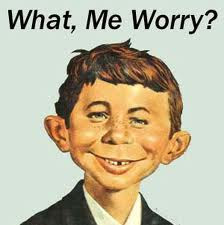 But here's what we sorta think we're thinkin', sorta, aside from the very superficial impression that the Packers seem a bit tight, and slightly uncomfortable, from what we see from a distance ...

All well and good, seemingly, but we wouldn't be at all surprised to see Starks lay the ball on the ground (fumble) once or twice. Starks runs tall; he'll fumble.

Quarterback Aaron Rodgers will launch an early deep bomb or three, just to give the Steelers something to think about.

Most of their plays on offense, however, will involve quickly unfolding three- and five-step drops designed to establish an early rhythm and protect Rodgers from the Steelers' ferocious pass rush.

We expect the Packers to emulate (to some extent) what the Patriots and Saints did on offense to beat the Steelers earlier in the season -- paper-cut the defense to death with lots of short-to-intermediate passes spread all over the field.

All well and good, seemingly, but we wouldn't be surprised to see Rodgers throw two or three interceptions, particularly on crossing patterns and sideline routes.

The Steelers' Defense: Unpredictable
As for how the Steelers' defense might handle the Packers, nobody knows what Mike Tomlin, Dick LeBeau and company are scheming. They might not know -- that's the beauty of it. For all we know, Tomlin allows LeBeau and his players to make it up as they go along.

"Just do your thing," they tell the players, so far as we know.

There's more to it than that, of course.

What the Steelers' coaches do well, undeniably, is put their players in position to make winning plays.

On Sunday, that may entail taking a page out of the Jets' playbook when Rex Ryan's squad beat the Patriots in the playoffs, which was: Confuse the bejeebers out of the QB by having lots of people in coverage and bringing the pass rush from unpredictable angles.

Which is more or less what the Steelers do every week, anyway, but we might see more defensive backs than usual on Sunday. Or maybe not.

Lawrence Timmons and James Farrior, after all, are unusually effective for inside linebackers in pass coverage and run blitzes. Farrior and Timmons are almost easy to overlook in the Steelers' defense, because it has so many other star playmakers, but they are linchpins to its success.

Put yourself in the shoes of Aaron Rodgers in the shotgun:
You assess the pre-snap formation and see Troy close to the line of scrimmage. On the other side, you see a corner creeping in as if to blitz right alongside James Harrison, as if he's coming. Or is he dropping into coverage? Crap, who's coming? The play clock ticks. Troy starts to back off the line. James Harrison, oh-oh, crazy eyes. Woodley, he's moving off to the side, covering, what, the slot zone? Wait, Timmons is inching forward right behind Hampton. Ryan Clark, looks like he's covering the tight end, I think, maybe. Play clock. Wait, Casey Hampton shifts ... SNAP!
We''ve seen it a million times. This can be very confusing, even for a seriously prepared, seasoned and accomplished pro like Aaron Rodgers, who was the NFL's best quarterback throughout the playoffs.

It's one thing to make it to the Super Bowl. It's another thing to win it. Especially against this Steelers' defense -- and Rodgers this week looks like he realizes that. He looks just a bit edgy, a bit uptight.

When the Packers have the ball on Sunday, we foresee fumbles and interceptions. And, even though the Packers will score at least 20 points, it won't be enough for them to win the game against a Pittsburgh defense that allowed an NFL-best average of just 14.2 points per game during the regular season, was first in the league in sacks, and first in rushing defense.

Oh, did we mention the Steelers' have the NFL's Number One Scoring Defense? Consider the percentages: In the Super Bowl, the team with the league-leading scoring defense is 14-4.

The Packers will turn the ball over. We've heard Rodgers tries to visualize what will happen during a game. We expect he is visualizing nightmares ... such as the Steelers intercepting two or three of his passes, forcing two or three fumbles, and sacking him four or five times.

He can't help it. He seems like a good guy and a great quarterback, but the game on Sunday is going to be a confusing, painful and traumatic experience for him.

Rodgers already looks edgy, uptight, this week. He knows what's coming, but he still can't be prepared for the intensity the Steelers will bring. He hasn't seen it before.

In an upcoming entry, we'll look at the Steelers' offense and the Packers' defense -- which is vulnerable, and we'll explain why. Whatever number of points the Packers might score, it won't be enough to keep up with a big-play Steelers offense that we expect will simply outscore the Packers.

Leave it to the Big Dog to distinguish the forest from the trees, and then to mark the territory where the big teeth marks will be felt.